Mom, Thank You For Never Talking About Your Weight (Or Mine) 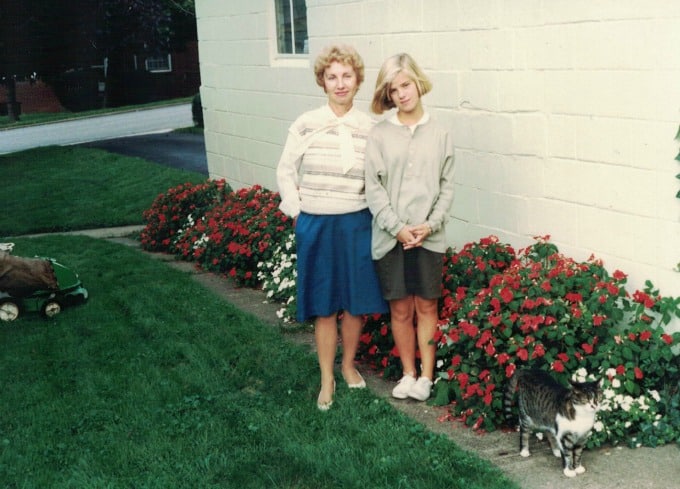 Like most moms, mine occasionally dispenses unsolicited advice about my appearance. Over the years, she has politely questioned my clunky shoes, my oversized blazers, and the messy bun I once sported to a wedding (for the record, she was right on all three accounts).

But she never mentioned my weight. Even when the cliched Freshman 15 deposited itself onto my five-foot frame, and I brought home a new double chin for spring break.

My mom never talked about her weight either. She has always been petite, so maybe it’s no surprise she never griped about it. But as we all know, there are plenty of people whose BMIs fall within the “healthy” range who agonize over goal weights, deny themselves enough food, and complain about the curve of their hips to anyone who will listen.

So I loved this piece I read recently called My Mother Never Said the F-Word. The author, Nicole Jankowski, writes:

There were no diets, no workout tapes. I did not think much about food, that is to say it was pleasant, it was purposeful and essential. But conversations were never about it. And why would they be, when there were so many books and people and places to talk about? Perhaps my mother said, “Finish your meatloaf” as I drug my fork through mashed potato mountains on my plate. But she never said, “You really don’t need another cookie” as I worked my way through a second Oatmeal Creme Pie. I did not diet, I did not think I was fat. I did not wonder, she did not assign it value. It was a nothing word.

That’s the way it was in my house too: Weight was never mentioned. No one was on a diet. Nobody said anything about their weight or anyone else’s. While so many of the girls I knew were counting calories, calling themselves fat, and comparing ankle circumference, home was a safe haven away from that kind of self-loathing.

Not only did my mom never talk about her weight, but she also never talked about foods being “good” or “bad”. We almost always had home-baked goodies, potato chips, and ice cream stocked in the kitchen. We also always had home-cooked meals every night, vegetables from the garden, and fresh fruit in the crisper drawer.

But when I gained that weight in college, my mom knew I wasn’t happy about it–because I told her. So at my request, she helped me cover the cost of seeing a local dietitian, who taught me that bagels, waffles, pizza crust, pretzels, and cereal were indeed all in the same food group, and that I’d do well to occasionally incorporate some vegetables and protein into the mix.

That dietitian also sparked my interest in nutrition–which eventually led me to become a dietitian too.

Thank you, Mom, for never talking about your weight (or mine):