How To Make Brussels Sprouts Your Kids Will Love

Full disclosure: I never ate a Brussels sprout until I was in my 30s. Growing up, they weren’t something my family ever had. And let’s face it, back then they were served hopelessly overcooked in most households, thus earning the little cabbages the reputation as Child’s Worst Dinnertime Nightmare.

Luckily, we know better now. We know how to make Brussels sprouts to spotlight the flavor without rendering them gray and mushy. That means children no longer need to fear Brussels sprouts. Or feed them to the dog. Here are three kid-approved recipes to try: 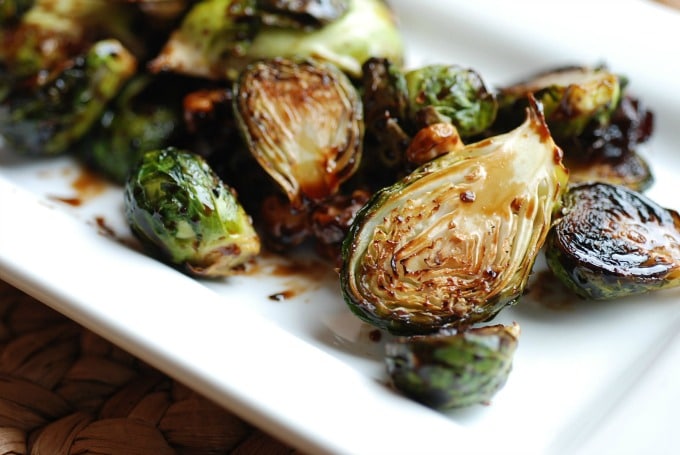 Let’s sing the praises of roasting for a second: It’s fast, it’s easy, and it brings out the natural sweetness in veggies. These Roasted Balsamic Brussels Sprouts are roasted with oil, salt, and pepper then drizzled with a syrupy glaze made from apple juice and balsamic vinegar. You can also try a touch of maple syrup or honey when roasting Brussels to sweeten the deal. A little bit of sweetener or sauce may actually encourage kids to eat more veggies–and who doesn’t want that?

GET THE RECIPE FOR ROASTED BALSAMIC BRUSSELS SPROUTS HERE. 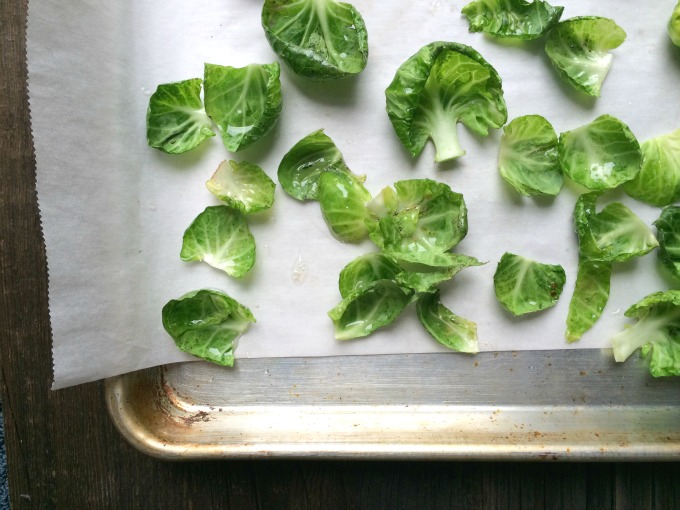 Kale chips are a big hit on the kid circuit, and Brussels sprouts chips are just as yummy and easy. They’re also a great way to repurpose the outer leaves of the sprouts that tend to fall off when cutting off the stems. Since they only take minutes to crisp up, I sometimes serve them as an appetizer to my kids while the rest of the meal is still cooking. Here’s how to make them: Toss outer leaves of sprouts in olive oil and salt, and spread on a parchment-lined baking sheet to roast for about 5 minutes at 400 degrees (check often because they brown quickly!). For a more detailed recipe, go here: Brussels Sprouts Chips.

[Tweet “How to make Brussels sprouts your kids will love (really!)”] 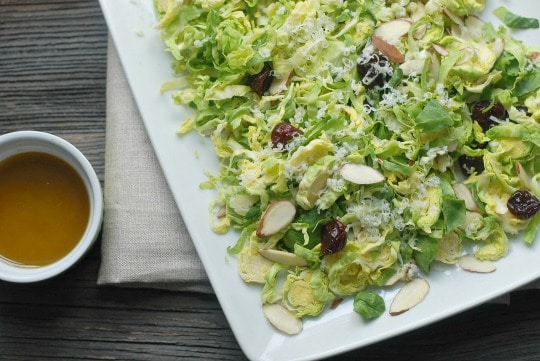 I got this recipe from a friend, whose pre-teen daughter gobbles up multiple helpings of it in one sitting. To shred the sprouts, you can use a mandoline or simply a chef’s knife. Raw, shredded sprouts can also be tossed with other greens in a salad.  Add some cheese, nuts, dried fruit, and an especially delicious dressing, and watch it disappear.

GET THE RECIPE FOR CHERRY & ALMOND BRUSSELS SPROUTS SALAD HERE.