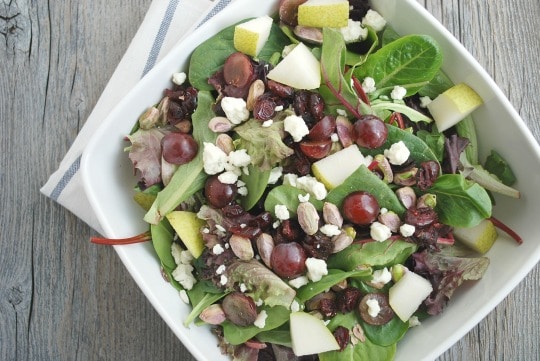 I’ve got a thing for restaurant salads.

But I’ve also got a thing called a budget. So I try not to eat out very often, recreating my favorite salad combos at home instead. At Cosi, the Signature Salad is my go-to order. The salad base is easy: A bed of mixed greens topped with Gorgonzola cheese and studded with red grapes, pistachios, pears, and dried cranberries.

But oh, the dressing. The Sherry Shallot Vinaigrette that’s so good I want to drink it straight from the little plastic cup. I went off the rails trying to figure out that dressing. (The task was made even harder without sherry vinegar. I’m morally opposed to sharing recipes that use ingredients not commonly found at the grocery store.)

An entire afternoon, multiple bottles of olive oil, and too many shallots later, I had mixed up about a half dozen variations, including recipes from copycat Cosi Signature Salad blog posts just like this one. But none of them seemed right.

I became a little obsessed. My kitchen reeked of vinegar. I bumped into a friend at the store while I was carrying a shopping basket full of nothing but shallots. As I looked at her with what I’m sure were those cartoon swirly eyes and explained that I was desperately trying to recreate the Sherry Shallot Vinaigrette from the Cosi Signature Salad, even I heard the cray-cray in my voice. I hit rock bottom when I found myself standing at the stove, caramelizing shallots. Who has time to caramelize shallots for salad dressing? I don’t. 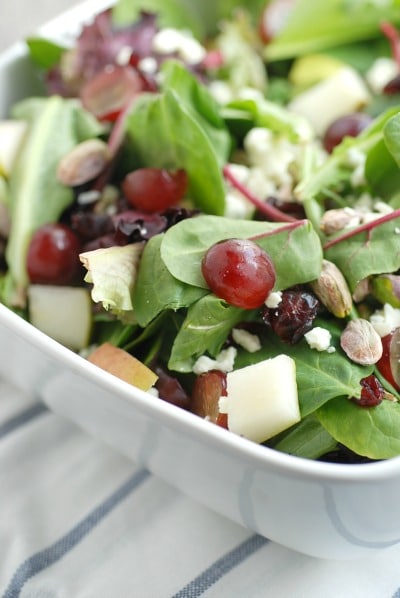 I was ready to give up when I stumbled on a recipe for Shallot Vinaigrette from Sarah’s Cucina Bella. In one exhausted, last-ditch effort, I whisked together a batch, making a couple of small modifications. Then I tasted it against the Cosi dressing. 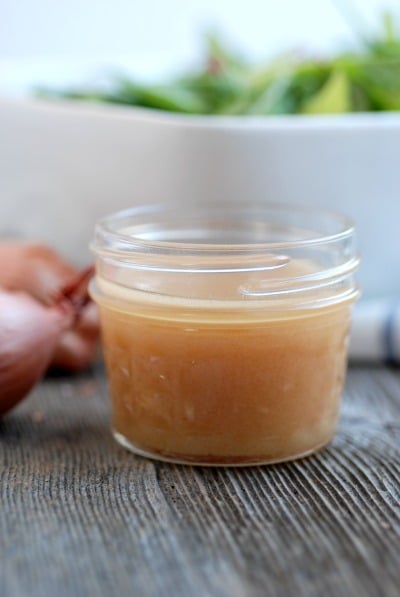 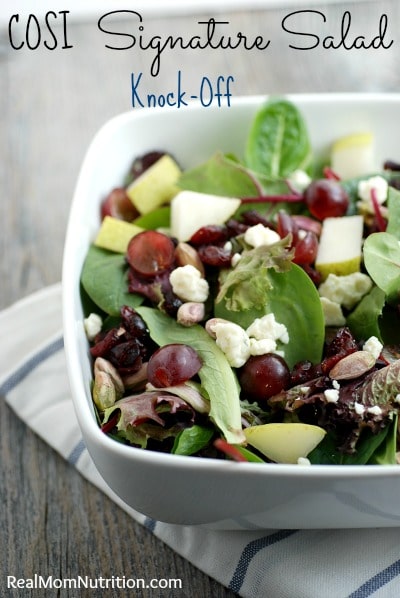 Disclosure: I’m happy to be working with Grapes from California as a Blogger Ambassador. I am compensated for my time. All opinions expressed are my own.

Category: Dinner, RecipesTag: recipes, salads
Previous Post: These “Brain Breaks” Are What Your Kids Need Right Now
Next Post:How To Take Your Homemade Pizza From Good to Great