What We Ate Wednesday: Starring My Second Grader 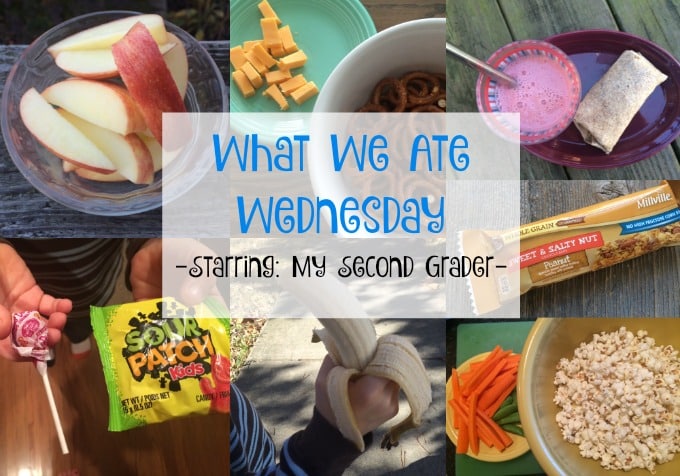 My second grader had the day off from school yesterday, so I thought it was a perfect opportunity to show you his natural inclination for grazing all the day long. (Unless you label a food as “dinner”, of course. Then he has very little interest.) 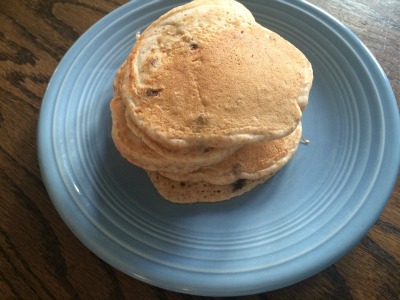 For breakfast, he had three small whole wheat pancakes that we had made together the day before. We made a double batch of this recipe for Wild Blueberry Pancakes but swapped out the blueberries for a handful of semi-sweet chocolate chips. He ate the pancakes with butter and syrup, and washed it down with a glass of milk. 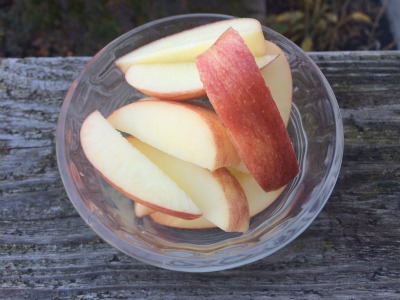 An hour or two later, he had a small, sliced Gala apple. 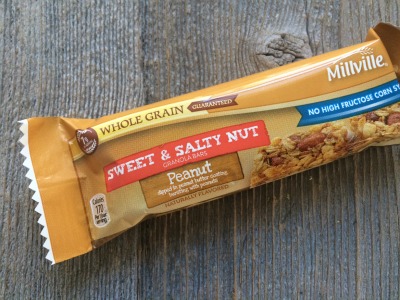 I found out later that he helped himself to an ALDI granola bar while I was upstairs working on a blog post. 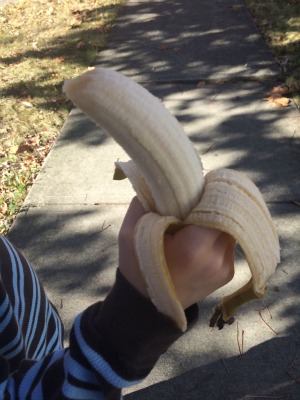 It was Election Day yesterday, so we walked to our polling place to vote. He munched on a banana during our stroll. 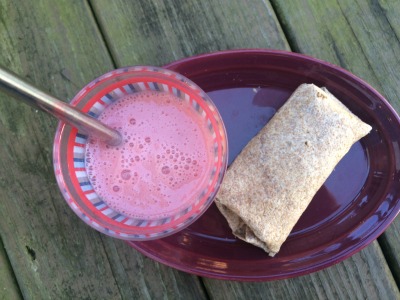 When we got home, he asked for lunch. (If you haven’t noticed, this kid can really pack it away before 1pm.) I made him a burrito using last night’s leftover taco filling (ground turkey, refried beans, and shredded cheddar) on a whole wheat tortilla. He asked for a smoothie, so I made a small one with a few fresh strawberries, half a banana, a spoonful each of plain yogurt and strawberry yogurt, and a splash of pineapple juice. He ate half the burrito for lunch and then finished the rest an hour later, along with a small glass of calcium-fortified orange juice.

Aaaaand I think we’ve had more than enough fruit and juice for the day! 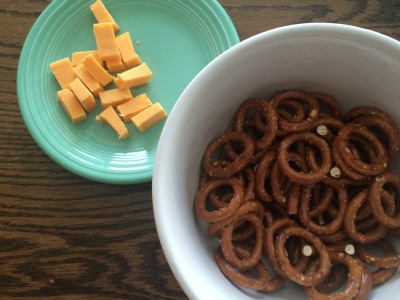 Sam had two friends over to play later in the afternoon. When they came asking for snack, I got out my trusty bag of “playdate pretzels”. An awful lot of boys come in and out of our house. They are always hungry and eat a lot of food, and I’m not made of money, so–pretzels! I added some cheddar on the side. They ate all of it. 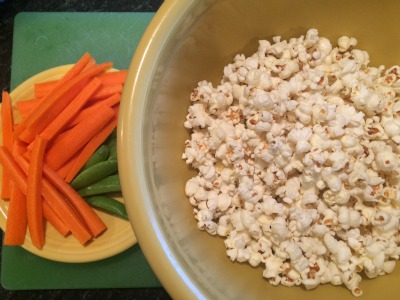 Then they came back less than an hour later saying they were still hungry. I gave them a plate of carrots and sugar-snap peas and a double batch of No-Fail Stovetop Popcorn sprinkled with nutritional yeast. They ate all of it. 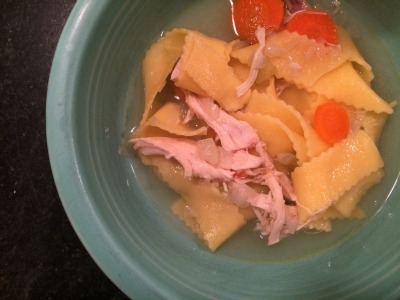 I was feeling a little under the weather, so I made homemade chicken soup for dinner. Sam ate half of his small helping (plus a glass of milk) and heated up the rest himself in the microwave about an hour later. (Read more about why we always save his plate for later: Coming To Peace With A Not-So-Perfect Dinnertime.) 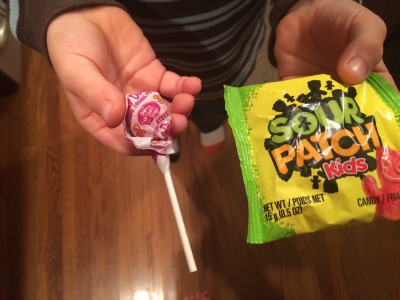 He chose two items from his trick-or-treat stash for dessert.

What a dietitian’s snack-crazy son eats all day: 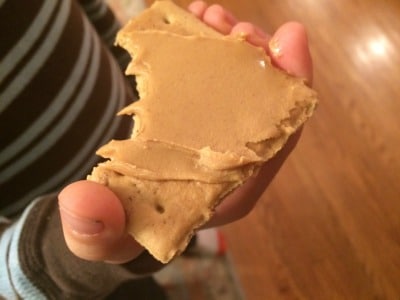 A couple hours later, he snagged some of the snack his older brother was making for himself: a half of a graham cracker spread with peanut butter.

Spinach and Sun-Dried Tomato Pasta
Next Post: Why I Don’t Love The Term “Clean Eating”