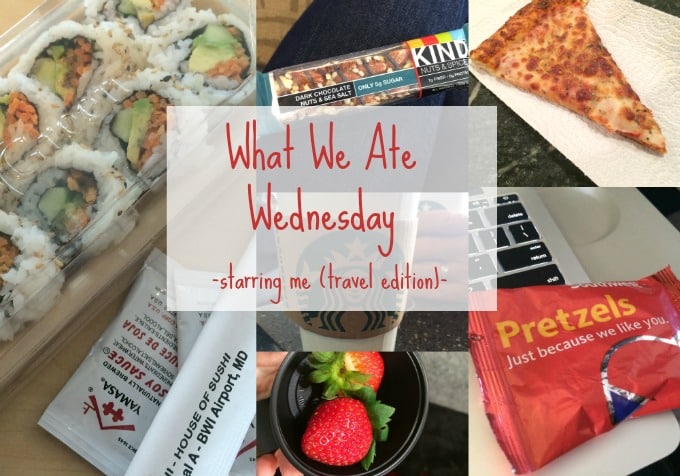 This week’s What We Ate Wednesday is a special travel edition. I just spent the last four days in Nashville, Tennessee for the annual Food & Nutrition Conference & Expo, a mega-meeting of nutritional professionals like myself. Here’s a recap of my last day there: 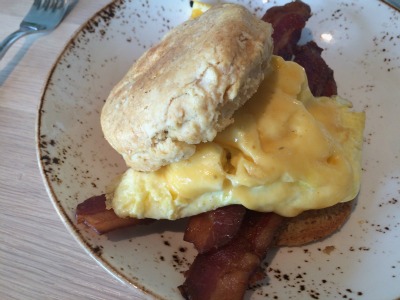 I met friends in the hotel restaurant for breakfast. After four days of shrimp and grits, barbecue pulled pork, and homemade macaroni and cheese, I figured one more biscuit won’t kill me. So I ordered the bacon, egg, and cheddar cheese biscuit sandwich. I ate the whole thing except the top of the biscuit because I just got too full.

(Though I am generally not much of a breakfast eater, my strategy on travel days is “get it while the gettin’s good” because you never know when and what you’ll eat again. Or rather, you never know when you’ll be trapped in an airport terminal with only a Tasti-D-Lite and a Pizza Hut to sustain you.) 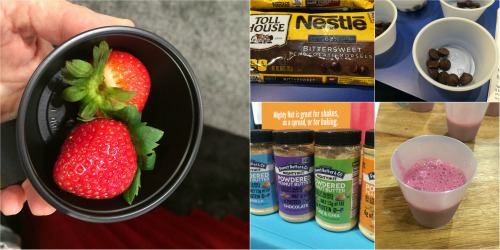 I gave the expo one last spin and nibbled a few things while cruising the aisles, including a small spoonful of Mighty Nut Powdered Peanut Butter made into a spread, a sample of Nestle’s new bittersweet chocolate chips, a shot of cold blackberry soup, and a couple of fresh strawberries.

Before heading to the airport, I ducked into a local taco place for a rerun of the stellar fish tacos I’d eaten the day before. I couldn’t shut up about these tacos. I’d been dreaming of eating these tacos again. I mean seriously, look at these tacos: 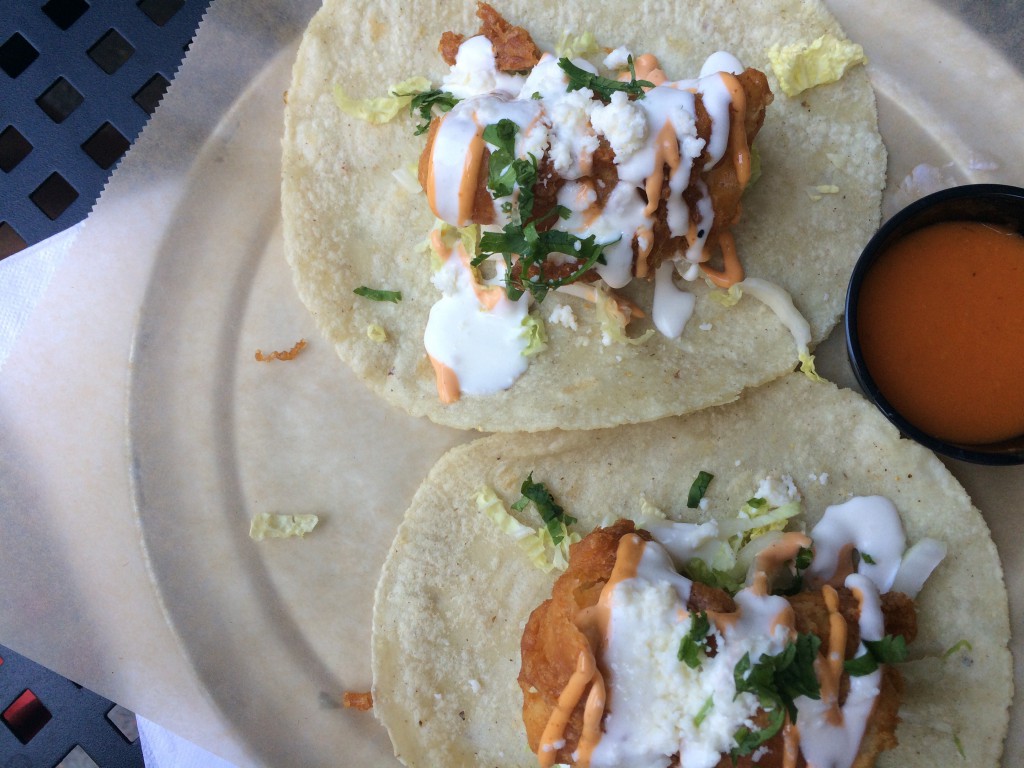 Apparently, everyone else was dreaming about them too, because the line was a dozen people long and I had a flight to catch, so my dreams were shattered. I got to the airport and sulked at the gate while eating a KIND bar I’d picked up at the expo. 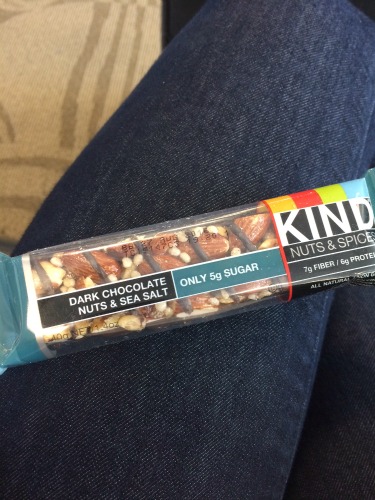 During a layover in Baltimore, I had an order of vegetable rolls that tasted like they were made many red-eye flights ago. 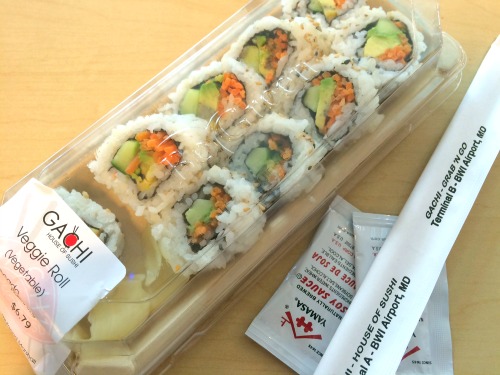 I also drank a small steamed skim milk with one pump of vanilla syrup (aka “tall non-fat vanilla steamer with one pump”) and ate a little bag of pretzels on the plane. 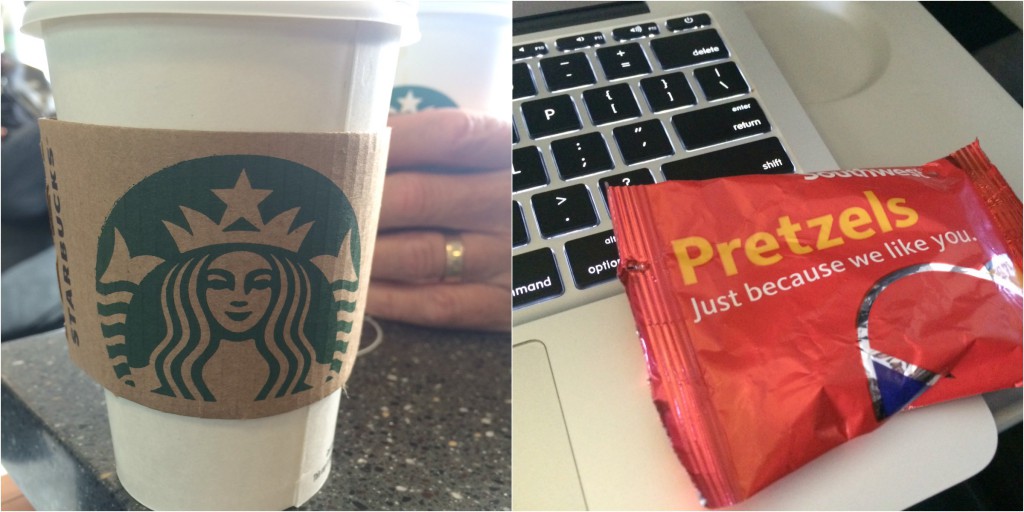 When I finally got home after 7pm, totally wiped out, I stood at the counter and ate a microwaved slice of pizza. My life is nothing if not glamorous. I also had an orange and a glass of milk but was too tired to take pictures of them. 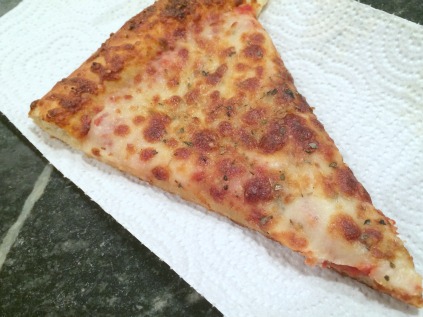 If you compare what I ate for last week’s What We Ate Wednesday with this week’s, you’ll see that some days I don’t eat very much–and others I do. Last week I was home with tons of work to do and plenty of healthy options. This week I had a bigger appetite and was limited with the choices that were available. This all reminds me of a great recent post by my colleague Abby Langer called What Is Normal Eating? She writes:

Normal eating is eating when you are hungry, and stopping when you are full. It’s sometimes eating too much, and sometimes eating ‘unhealthy’ foods. It’s mostly choosing what you want to eat because that’s what you feel like eating and not because you’re depriving yourself. Normal eating is eating without guilt and shame, because those things have no place in nutrition.

I love Abby’s philosophy on this–be sure to check out her post!

What We Ate Wednesday: Starring Me
Next Post: How To Make Brussels Sprouts Your Kids Will Love