Don’t Micromanage What Your Kids Eat At Holiday Parties

I tend to break all the classic rules when it comes to attending holiday parties.

Instead, I usually arrive hungry, eat my very favorites, and gather around the food (hello, that’s where everyone is!). And often, I eat a little bit too much.

That’s the truth. And since I only attend a handful of holiday parties every year, I honestly don’t get worked up about it.

I also don’t get worked up about what my kids eat. And I want to make the case that you shouldn’t either.

Why I don’t stress about party food

Obviously, I know that parents of children with food allergies and intolerances always have to be very aware of what their children are eating at parties. That’s not what I’m talking about here.

I’m talking about spending party time worrying about how much sugar your kids are getting or how many chips they’ve eaten. I’ve seen too many parents following their kids around, telling them they can’t have a second cookie or that they have to eat their chicken before they can have their ice cream. It looks stressful for the parent and the kid. 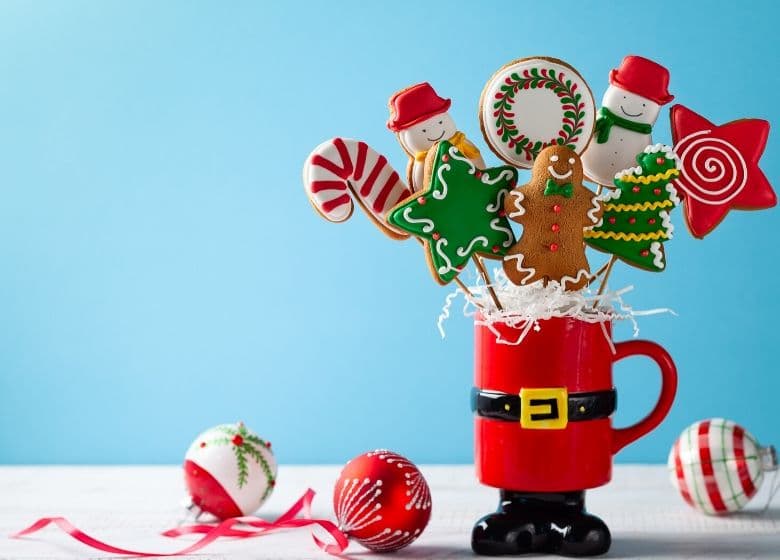 Truth is, kids are pretty good self-regulators. We’re all born with the instinct to eat when we’re hungry and stop when we’re full. (By the time we’re grown-ups, things go haywire for many of us, and we start eating because it’s 6pm and stopping because the plate is empty!)

Give over some control and let your children use their instincts. There have been many time when my kids have asked for a second cookie only to take just one or two bites of it and walk away, announcing that they’re full now.

Kids also don’t have the baggage that we do–so let’s not give it to them. Adults have a bad habit of letting an evening of indulgence turn into an overeating shame spiral that can last for days.

But children usually have no problem going to town on pizza and cupcakes at a party and then getting on with their lives–and the regular eating habits they have at home. Your kids are smart enough to know that party food is different from the food served at home. They don’t label themselves “bad” because they had five cookies at a party–and they should never be made to feel that way.

Here’s what to do instead

But what if they get a bellyache?

If kids do go overboard at a holiday party and end up with a bellyache? I consider that an opportunity for kids to learn a valuable lesson–or blame their parents. After a party years ago, we were walking back to the car when my then-preschool son said, “My stomach hurts. Why did you let me have all that juice?”

Don’t micromanage what your kids eat at holiday parties

Books I Loved in 2019
Next Post: Crepes That Feel Fancy (But Are Super Easy To Make!)