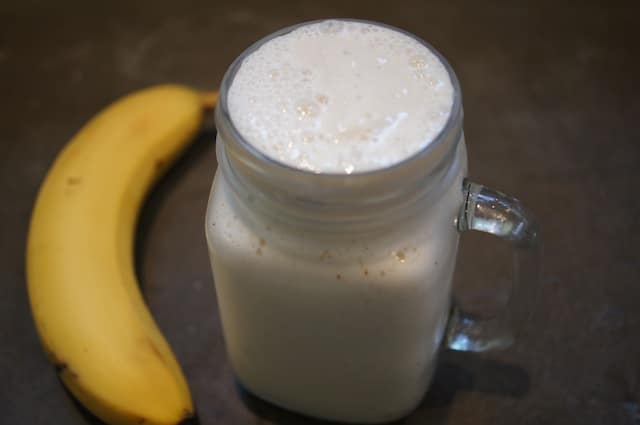 Ever since my two week No Added Sugar Challenge, I’ve kept added sugars out of my breakfast completely. And I’ve been drinking a lot of Chocolate Peanut Butter Smoothies.

But my obsession has turned to a new morning drink: The Creamy Dreamy Banana Date Shake. It was created by Katie Morford at Mom’s Kitchen Handbook, a terrific blog, especially for recipes. I was a little dubious about dates in a shake. But they add a wonderful sweetness (you’ll get teeny-tiny date pieces at the bottom of your shake, which you can eat or not.)

Two quick notes: I used regular dates from Aldi, nothing fancy. And my kids both LOVE this shake.

Katie was kind enough to let me republish her post and recipe here. Enjoy!

My friend Claire approached me several months ago with a cooking quandary. She’d tried in vain to knock off the delicious shakes she remembered slurping down in college which involved little more than bananas and milk. Her attempts with the blender hadn’t yielded anything satisfactorily lip smacking.

A healthy, creamy banana shake? I was all over it, setting to work as soon as I got home. The trick, I figured out, was freezing the banana first, which gives the shake a frothy, frozen consistency reminiscent of ice cream, all without a drop of cream or sugar. Since then, I’ve downed more banana shakes than I care to count, ultimately including the recipe in the pages of my cookbook. You’ll have to wait for that one.

In the meantime, I’ve continued to tinker with banana shakes, expanding my repertoire most recently to include Medjool dates and walnuts. The dates add natural sweetness and a pleasing texture, and the walnuts lend staying power (not to mention other healthy benefits).

I will tell you that when I handed a glass of this to one of my kids, accompanied by an overly enthusiastic, “it’s a date shake, honey!” the response was far more lukewarm than my frosty drink. I can imagine how such excitement over anything involving nuts and dried fruit might induce suspicion in an eight-year old.

So, for now, Creamy Dreamy Date Shakes have become a household fave for me alone, which is just fine, since I’m so crazy for them I don’t much want to share.

As for the kids, they have been quite content downing these Frozen Banana Peanut Butter Chocolate Chip Milk Shakes. I use half the amount of chocolate chips called for in the recipe and all-natural, no-sugar added peanut butter. They are shockingly decadent-tasting considering the wholesome ingredients. 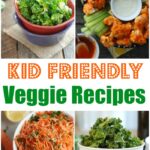 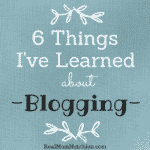 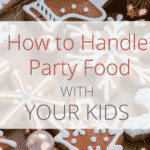