What We Ate Wednesday: Starring My 7 Year Old

Fish for breakfast, buttered peas as a bedtime snack, and the dream-come-true of mac & cheese twice in one day! Just another day in the life of my seven year old, Sam. 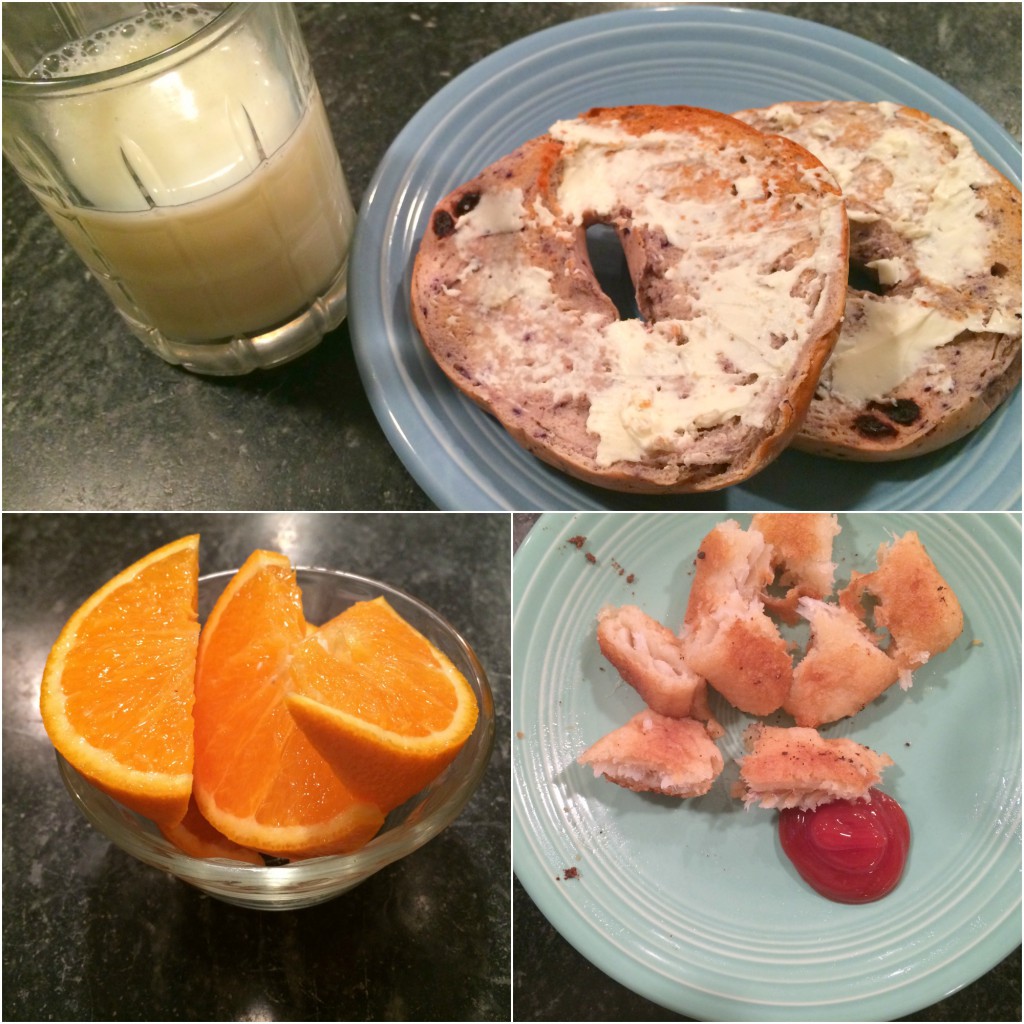 For breakfast, he had a toasted blueberry bagel with cream cheese, orange slices, and a glass of milk. Then he asked for a piece of breaded fish leftover from the night before. With ketchup, natch. Who am I to say no to fish for breakfast? 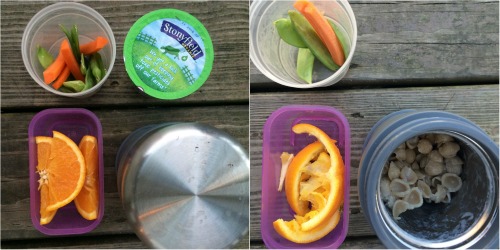 In his lunch, I packed him a thermos of Annie’s Whole Wheat Mac & Cheese, a cup of raw snow peas and carrots, orange slices leftover from breakfast, and a raspberry yogurt. He ate about half of the mac & cheese and veggies, and all of his oranges and yogurt. 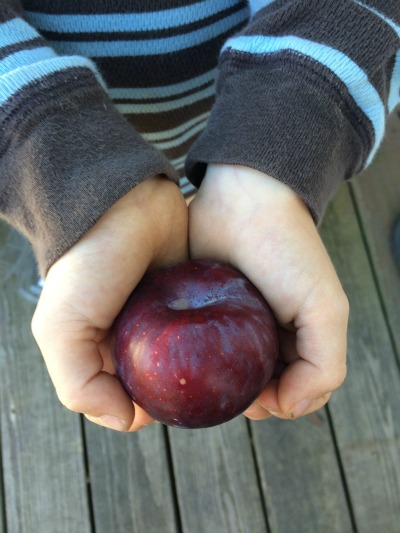 After school, I usually bring him a piece of fruit at pick-up. He ate this plum on our walk home. 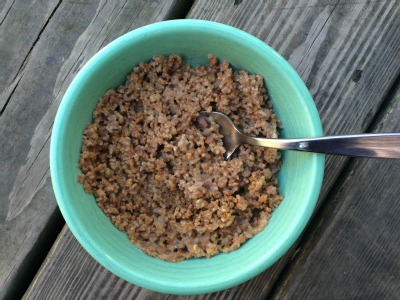 Grape-Nuts were on sale this week, and Sam loves them heated in the microwave with milk and a drizzle of honey. So when we got home, he had a bowl of that and ate the whole thing. 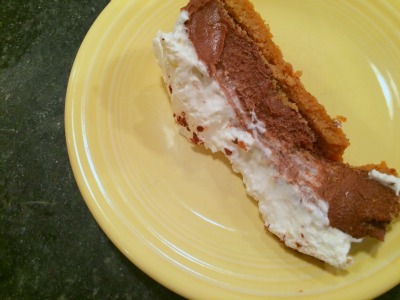 I had to dash out over the dinner hour, so my husband was in charge of the meal. He offered Sam either leftover chili or leftover mac & cheese from what I made for his lunch (clearly, we eat a lot of leftovers around here). Not surprisingly, Sam chose the mac. When I got home, I tried (and failed) to ask my husband in a nonjudgmental way if he’d served anything else with the mac & cheese. Like a vegetable. He had not. After dinner, Sam had a small slice of homemade chocolate cream pie leftover from the weekend for dessert. 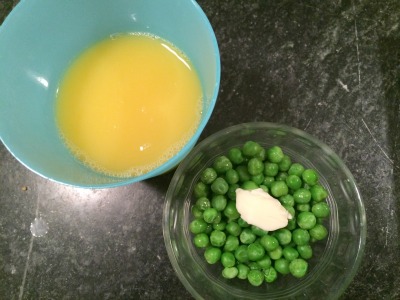 Before bed, he was still hungry, so I gave him the option of either fruit or veggies as a snack to make up for dinner. He happily chose a bowl of buttered peas and washed them down with a small cup of calcium-fortified orange juice.

Category: Nutrition Advice + IdeasTag: What We Ate Wednesday, WWAW
Previous Post: The Dinnertime Rule That Will Change Your Life
Next Post:4 Changes We’ve Made To How We Eat Meat