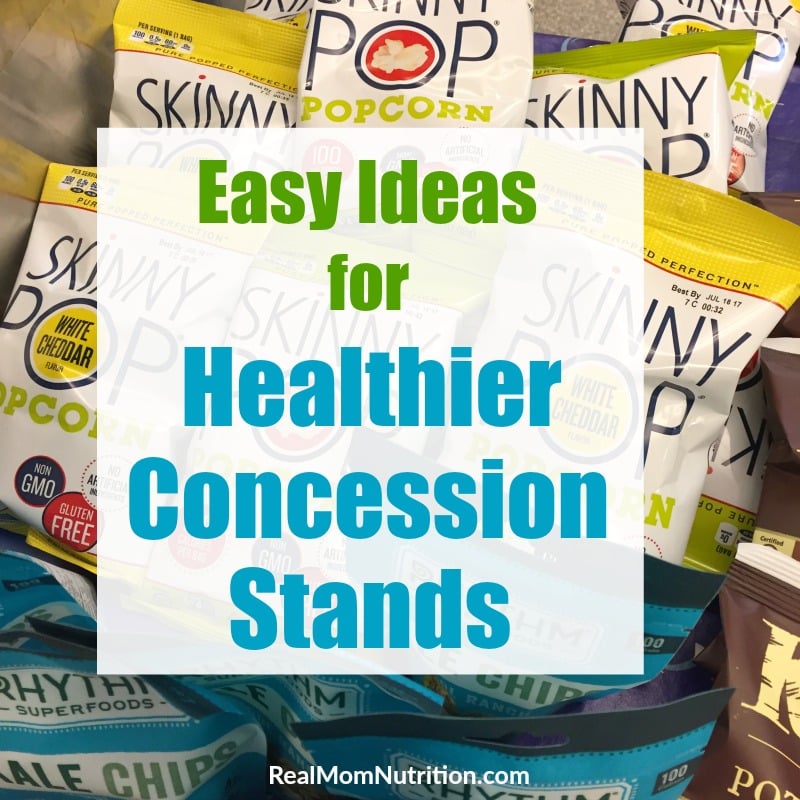 For a lot of people, the idea of a healthy concession stand triggers this reaction: Here come the fun police to take everyone’s hot dogs away!

A new study offers some hope: Researchers from Cornell University and Iowa University found that concession stands that include healthy options can be popular and profitable. They added 5-10 healthy items (including pickles, string cheese, chicken sandwiches, and carrots and dip) to the sports concession stands at a high school. They also improved the nutritional quality of the popcorn and cheese sauce by removing trans fats.

The result: The healthy options accounted for about nine percent of sales (not bad) and revenue increased overall by four percent (again, not bad!).

The researchers said there are a few keys to healthier concession stands:

Recently, I had an opportunity to test this theory myself!

My younger son is part of the elementary school chess team, which hosted a tournament last month at our school. When the call went out for volunteers, I offered to help with the concession stand–and mentioned that I was hoping to include some healthy items too (luckily, the event organizer was a friend and neighbor familiar with my Snacktivist crusade!)

When we shopped together for the stand, she picked up the usual concession stand fare: small bags of chips, candy, hot dogs and buns. There would also be donuts in the morning, homemade cookies made by parents, and pizza delivery at lunch time.

Then we agreed on several healthy items. Here’s what we bought: 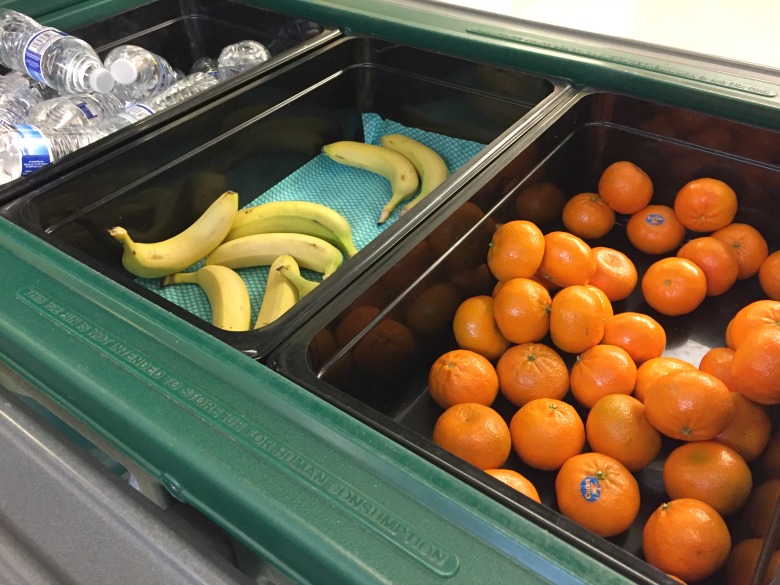 Our results: The donuts were demolished. Same for the hot dogs and pizza. The kids loved the “penny candy” that was sold for 25 cents a piece.

But the healthy items sold well too. By the end of the tournament, the fruit was mostly gone (I saw one mom buy eight clementines!). The popcorn was a hit too (my neighbor brought bags of kale chips she had, but those weren’t as popular). People definitely bought the hummus and carrots, but there were leftovers. 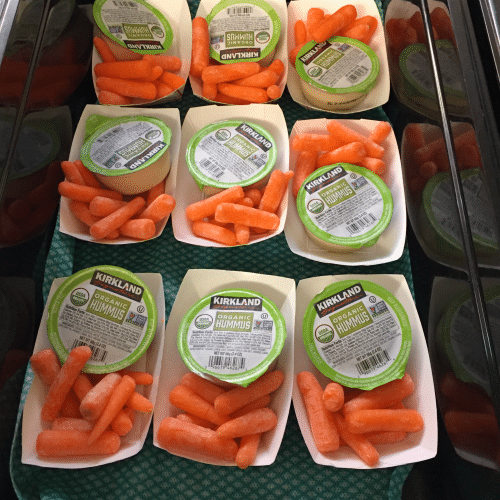 Overall, I thought it was a great compromise. We were still able to offer traditional concession stand items with healthy choices right alongside them. And many people bought a mix of both.

If your child participates in sports or other activities with concession stands, I hope you’ll consider pitching in and offering these suggestions. Because they’re easy changes. And the more that fresh, healthy foods become incorporated into customs like these, the more accepted they become. 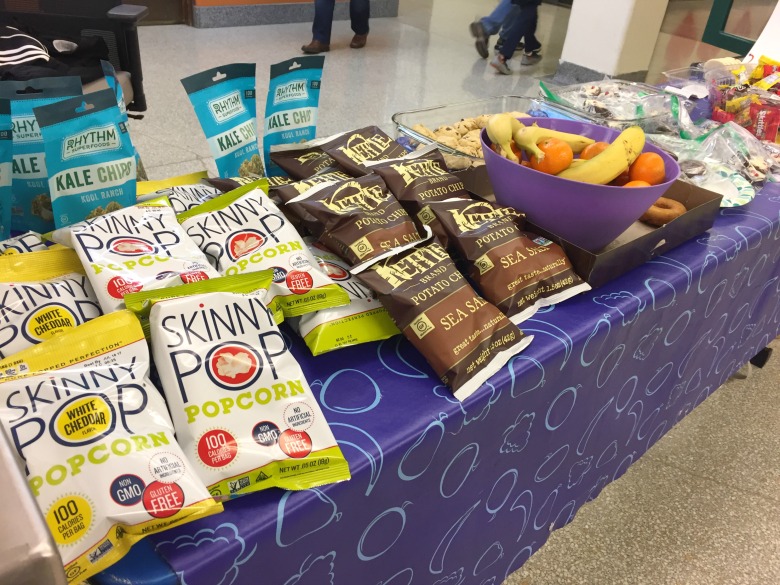 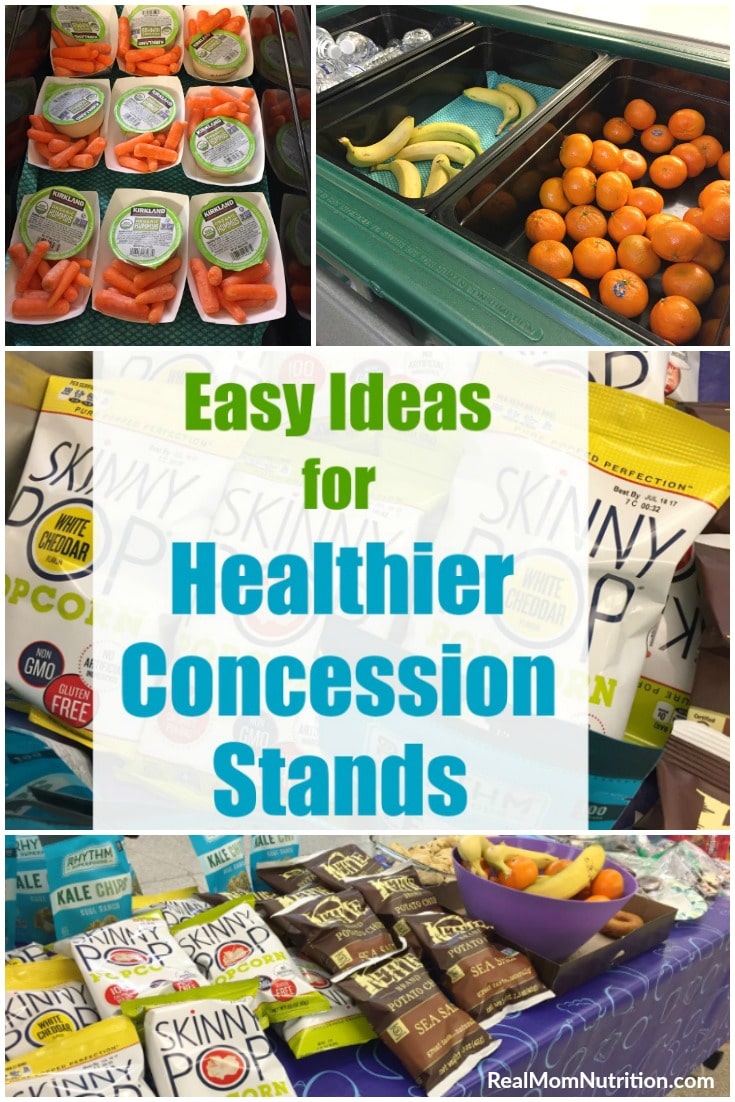