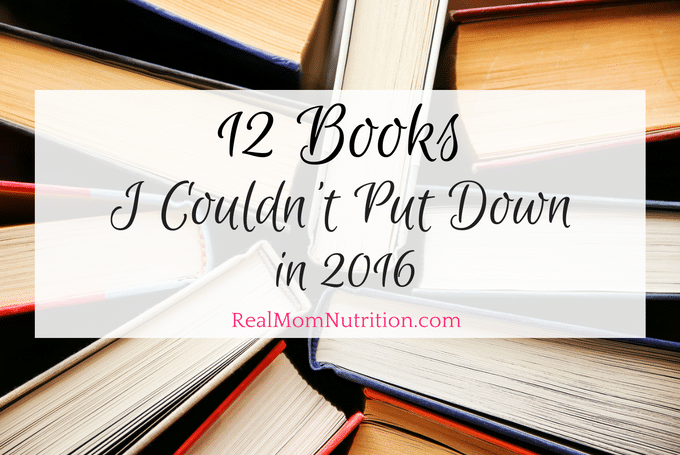 Last year on a whim, I wrote a post called 10 Books I Couldn’t Put Down This Year, and so many of you liked it that I decided to do another round-up for 2016. So if you’re looking for some good books to read this holiday season–or some great gifts to give!–here are a dozen that I especially loved. 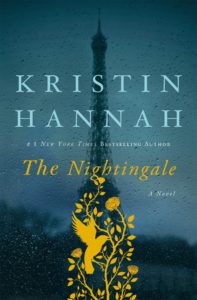 Nightengale: A bunch of you recommended this book–and it lived up to your rave reviews! It’s the story of two French sisters during the Nazi occupation of France in WWII. Though it’s fiction, it vividly describes the struggles, fear, terror, and heartbreak of every day life that so many women must have faced during the war. 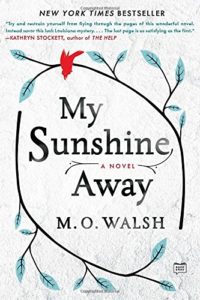 My Sunshine Away: I randomly picked up this book at an airport and read the entire thing on my round-trip flight. It’s a coming-of-age story about a teenage boy living in a suburban Baton Rouge neighborhood that’s the scene of a violent crime. And though it’s a page-turner mystery, it’s also beautifully written. 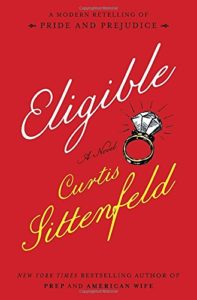 Eligible: This is a modern retelling of Pride & Prejudice, and the whole cast of beloved characters is back–except this time Liz is a magazine editor, Mr. Bingley is a contestant on a reality show, and Kitty and Lydia are obsessed with CrossFit. It’s a fun, clever reimagining of a classic. When you’re done, check out Sittenfeld’s Prep and American Wife. 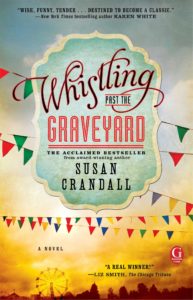 Whistling Past the Graveyard: It’s the summer of 1963, and a 9-year-old white girl runs away from her grandmother’s house in Mississippi to find her mother in Nashville. Along the way, she accepts a ride from a black woman traveling with a white baby–and their adventure together begins. The story about an unlikely friendship in the pre-Civil Rights South takes many twists and turns, and I loved being along for the ride. 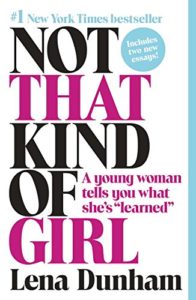 Not That Kind of Girl: I’m of the Gen-X generation, so Lena Dunham and her HBO show “Girls” have always puzzled me a bit. But I found this collection of essays completely captivating whether she was detailing her struggle with body image or diving into topics like sexual assault and her fear of dying. 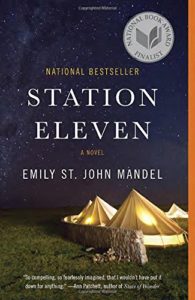 Station Eleven: I am not a fan of the post-apocalyptic genre, so I never would’ve picked this up if my book group hadn’t chosen it–but I’m so glad they did. The premise: After a virus wipes out most of the world’s population, the survivors are left to carry on without electricity, transportation, communication, running water, anything. The novel shifts around among various characters whose lives eventually intersect. It’s dark and haunting but also, somehow, hopeful. 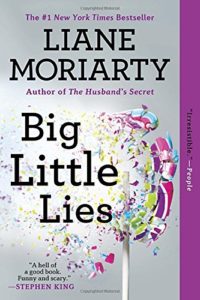 Big Little Lies: And now for something a little different, like PTA drama and cliquey parents! Most of us have been there. So you’ll probably recognize a lot of archetypes here: the mom who is always (seemingly) put-together, the hovering helicopter mom, the new mom in town who hasn’t found her place. Running through it all is a mystery, complete with a clever plot twist. 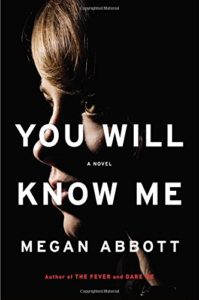 You Will Know Me: When I hear a great book review on NPR, I scramble to reserve it at the library. This was one of those books. It’s set in the world of competitive gymnastics and centers around a death that may (or may not) have been an accident. The author’s writing style keeps you on edge with eerie suspense until the very end. 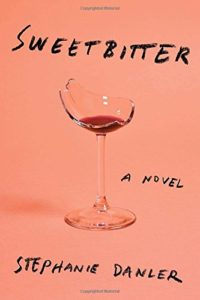 Sweetbitter: When 22-year-old Tess arrives alone in NYC looking for life to begin, she lands at one of the top restaurants in the city–and dives headfirst into a world of food, wine, and partying (not to mention tricky interpersonal relationships!). Though the premise mirrors the author’s own life and this could’ve been a breezy, tell-all memoir, it’s written as a novel instead, and the writing is dense and whip-smart. 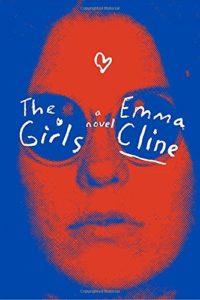 The Girls: This book is set in late-60s California, and follows a character named Evie who becomes dazzled by a group of girls and their charismatic leader (think Manson Family), who offer her a welcome and dangerous escape from her regular life. We all know how the Manson Family story ends, and this novel makes a creepy, unsettling climb to that disturbing finish. 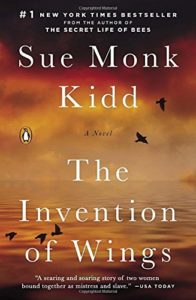 The Invention of Wings:  Written by the author of The Secret Life of Bees and inspired by a real historical figure, this novel tells the story of two girls: a daughter of a wealthy slave owner and the young slave girl she is given on her 11th birthday. The chapters alternate between the two perspectives and follow the girls into adulthood. I didn’t want this one to end. 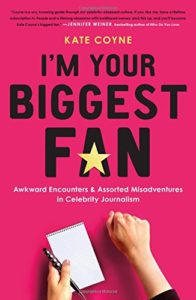 I’m Your Biggest Fan: If you scour waiting rooms for People magazine like I do, you’ll love this one. It’s written by a celebrity journalist and chronicles her “awkward encounters and assorted misadventures” with celebs from Tom Cruise to Jennifer Lopez. I laughed and cringed my way through this quick read–I love that the author isn’t afraid to lay bare her embarrassing stories. She’s a genuine, down-to-earth breath of fresh air in a culture of sensationalized celebrity news.

Did you read any of these? What books did YOU love this year? Please tell me in the comments!

This page contains Amazon Affiliate links. If you purchase a product through these links, your cost will be the same but I will receive a small commission to help with operating costs of this blog. Thanks for your support!
Category: For MomsTag: books
Previous Post: Health Goals for the Holidays
Next Post:One of the Most Important Things You Can Teach Your Kids About Food