What We Ate Wednesday: Starring My 7 Year Old 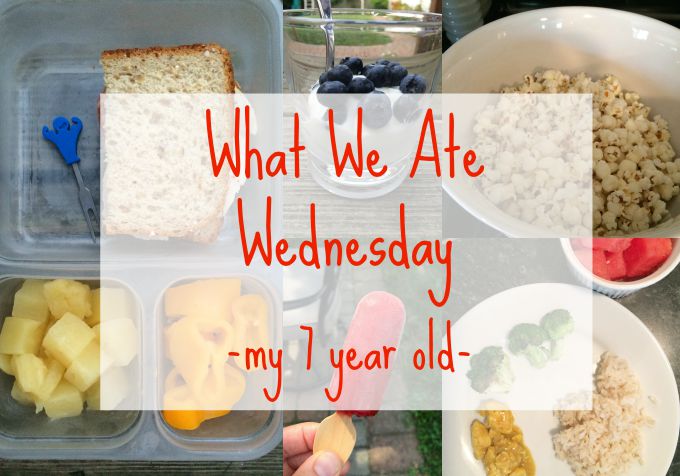 Welcome to a brand new feature! A lot of bloggers do “What I Ate Wednesday”. It’s technically what they ate Tuesday (but posted on Wednesday) and details everything they had for the day. I decided to do my own spin on it and show you what we ALL eat–including my husband! And in typical Real Mom Nutrition style, I’m going to be honest: I’ll show you the good, the not-so-good, and everything in between. When it comes to my kids, I’ll also try to show some before-and-after shots for meals. Because even beautiful lunches can come home unfinished, dinners may get rejected, and on unseasonably warm schooldays like yesterday, my kids may end up having two popsicles. That’s reality!

This week I’m featuring a day in the life of my seven year old son: 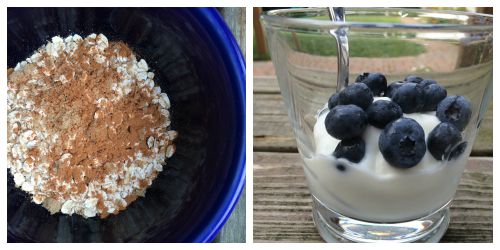 He had a bowl of oatmeal made with old-fashioned oats, a sprinkle of brown sugar, a hefty shake of cinnamon, and milk. (I microwave this for about a minute. It’s chewy, but we like our oatmeal that way around here!) Then he had a vanilla yogurt/plain yogurt mix with fresh blueberries. He ate all of both. 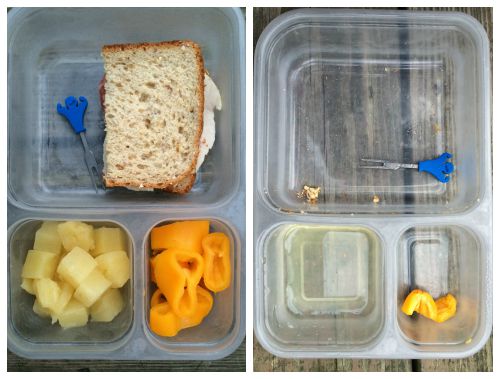 I packed him half sandwich made with Applegate roasted chicken breast and salami on whole-grain bread; mini raw sweet peppers; and pineapple chunks. He ate it all (except one bite of pepper) and complained when I picked him up from school that I didn’t pack enough food. Noted! 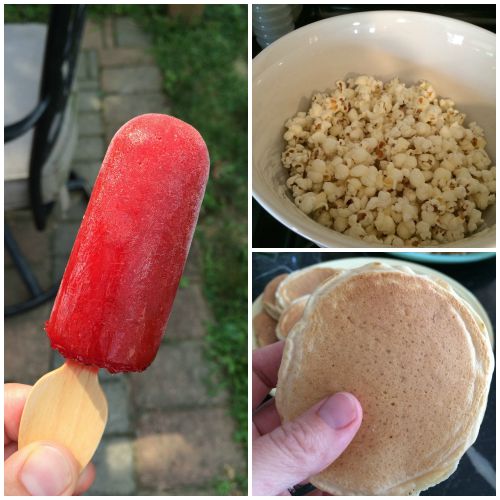 He was really hungry and hot from our walk home from school in the 88-degree heat. So he had a small homemade ice-pop (I made them by combining fresh strawberries and a splash of orange juice in the blender), stove-popped popcorn (get the recipe for No-Fail Stovetop Popcorn), and he swiped a plain whole wheat pancake from some recipe testing I was doing.

What does a dietitian’s son eat all day? Get a glimpse in What We Ate Wednesday 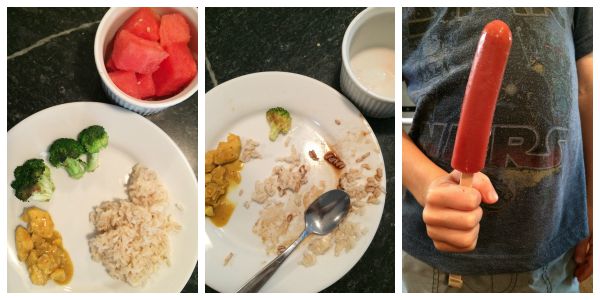 We had chicken curry, which he does not like. So while everyone else got curry on top of rice, I kept them separate for him. (I know serving family-style is a great strategy and maybe my kids are just lazy, but they prefer that I plate their food for them!) I put some curry on his plate in case he was feeling adventurous and wanted to eat some (he didn’t). He also got a portion of the brown rice, stir-fried broccoli, and watermelon we were having, plus a glass of milk. He asked for and ate seconds of both the rice and broccoli. Then he chose to have another ice-pop as his sweet treat, this time a store-bought Outshine bar (I like those because they’re made with fruit juice and no artificial colors). 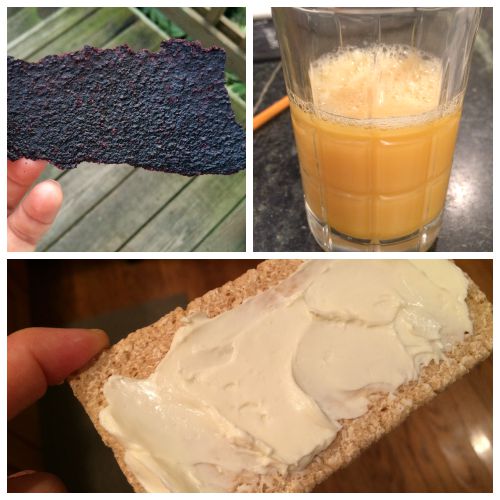 After another walk to and from school for curriculum night plus running around on the playground, he was wiped out and hungry. He had a couple all-fruit dried blueberry strips I got in a goodie bag, a Wasa cracker spread with Laughing Cow cheese, and a small glass of calcium-fortified orange juice (that’s one of those tiny juice glasses–perfect for small portions).

Next week: My husband!