Before I dive in, here’s the deal: I’ve had comments on my WWAW posts in the past along the lines of “This isn’t enough food” and “I would starve if I ate like this”. As I’ve said before, I’m a small person, and my appetite fluctuates quite a lot from day to day. And when I’m very busy–like I was yesterday–I don’t tend to eat very much. But yesterday, the foods I did have were quite filling. And it goes without saying, but this series isn’t meant to be a recommendation for what to eat or how much to eat. Otherwise, I would call it “What You Should Eat Wednesday”. So as the young people say, you do you and I’ll do me, K? K. 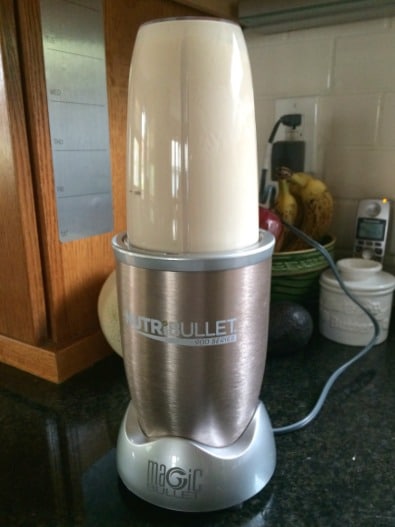 As per usual, the first thing I had was a smoothie. Lately I’ve been making my Chocolate Peanut Butter Smoothie but swapping out the cocoa powder for one of these Chocolate Milk Ice Cubes. Delish! The folks at Magic Bullet sent me this NutriBullet blender to try (no strings attached and no, I wasn’t paid to mention it here!). I had my doubts that this little blender could stand up to my beloved Vitamix or to my nearly-beloved Ninja Auto IQ, but so far I’m impressed. It pulverizes frozen fruit and ice cubes like a pro. I packed it in my bag for a weekend away recently, and it’s truly the perfect travel blender. What kind of crazy lady owns three blenders and packs one when she travels? This lady. 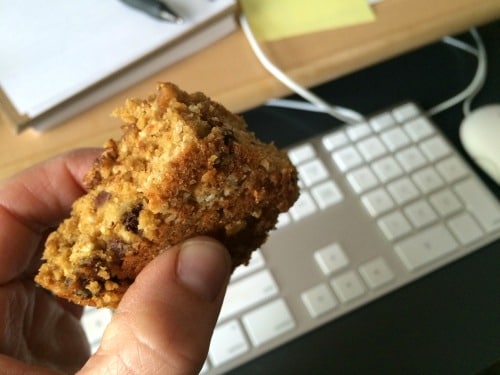 Late morning, I grabbed an experimental homemade breakfast bar from the fridge. I’ve been working on a recipe for breakfast bars for a while now because I need something satisfying but quick as I’m working at my desk. Though these aren’t yet ready for prime time, they do the job. This version has oats, flaxseed, nut butter, chocolate chips, and dates. 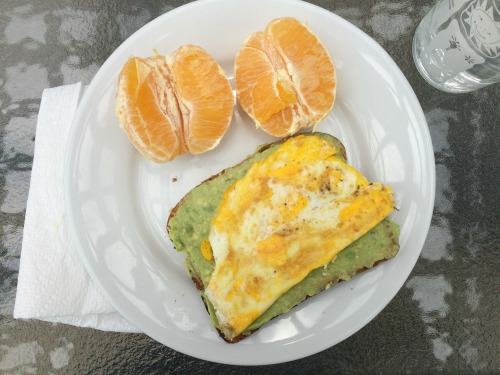 I ate lunch outside on the patio and had a piece of toast with half of a mashed avocado and a fried egg, plus an orange. There was some mashed avocado left after I made the toast, and I scooped it up with tortilla chips. 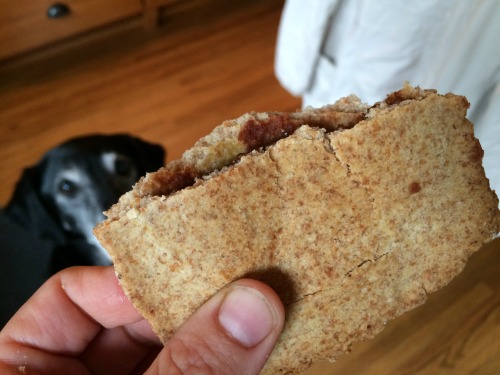 For an afternoon snack, I ate another one of my experimens. I had some leftover whole wheat pastry dough from another project and decided to use it for these Homemade Brown Sugar Cinnamon Pop-Tarts from Sally’s Baking Addiction (no relation except that we share a first name, a hair color, and an addiction to baking). Brown Sugar Cinnamon was hands-down my favorite Pop-Tart flavor as a kid, and I gotta say, Sally’s filling recipe really nails it. Our dog Hopper looks on longingly. Sorry, Hopper. 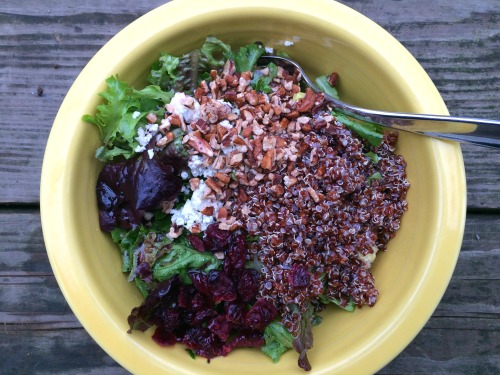 I got home a bit late after doing some evening volunteer work, and the family had already eaten. So I made a big salad (it’s hard to tell from the photo, but this is a serving bowl, not a regular-sized bowl) of mixed greens, red quinoa, pecans, soft cheese, and dried cranberries with raspberry vinaigrette. 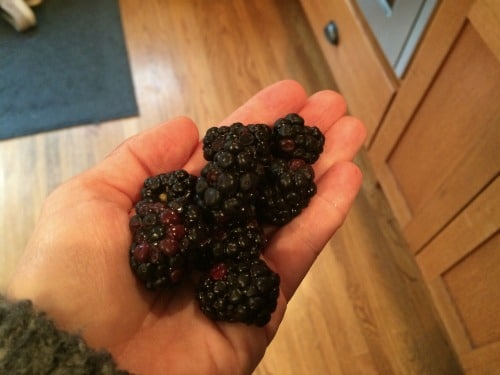 After dinner, I had a handful of blackberries as I was packing up lunch boxes for the next day. 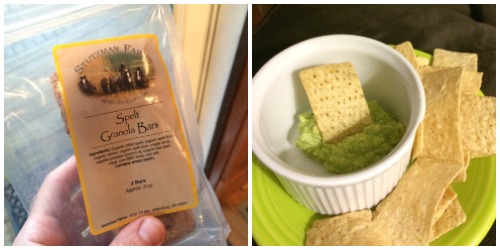 Later I had a few bites of this delicious granola bar that was in my CSA box recently. Then I mashed up the other half of that avocado and had it with more chips while I watched “Girls” on the HBO NOW app. Snacking at night while watching a show is a bad habit. That I’m not willing to give up!

[Tweet “What does a dietitian eat all day? Find out in What We Ate Wednesday:”]

This page contains Amazon Affiliate links. If you purchase a product through these links, your cost will be the same but I will receive a small commission to help with operating costs of this blog. Thanks for your support!
Category: Nutrition Advice + IdeasTag: What We Ate Wednesday, WWAW
Previous Post: How to Make Fruit Infused Water
Next Post:Here’s How Many Fruits and Vegetables Kids Need Every Day