Will The Real “Healthy Snacks” Please Stand Up? 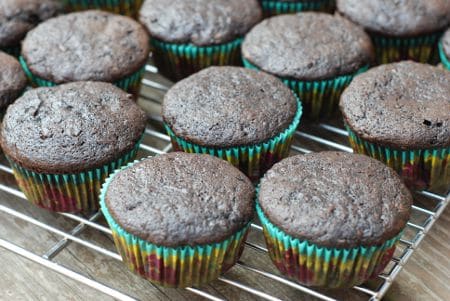 I’ve been known to gripe about the state of kids’ snacks (read: “Snacktivism“). I’m so tired of Fruit Roll-Ups, Capri Suns, and Cheez-Its being trotted out for every. single. kid-related. event. And I’m thrilled when I see parents, school administrators, church leaders, and coaches asking for healthy snacks–especially now at the start of the school year. I like the idea of setting a good pattern early. No more cupcakes and pink punch at 10am? I say, bravo!

But it’s the lists–the ones telling parents which snacks are healthy and acceptable. Those lists make me cringe a little bit. They usually start out with the basics like fresh fruit and cut-up vegetables. There may be mention of cheese sticks. Then it ventures into a rather gray area that includes, but is not limited to, graham crackers, granola bars, pretzels, and muffins.

Are these snacks healthy? Depends who you ask. Because “healthy and acceptable” are in the eye of the beholder. One person’s “healthy graham cracker” is another’s “sugar bomb”. One parent’s “non-organic imported nightmare” is another’s “totally acceptable fresh fruit”. Some people think muffins are okay if they’re homemade, but not if they’re store bought. And the thought of muffins and granola bars being eaten at kindergarten circle time or passed around at camp likely strikes fear into the hearts of parents whose children have severe food allergies–and rightly so.

I know the lists are well intentioned–and indeed, they can help. But I’ve seen lists that prohibit candy but encourage gummy fruit snacks (which are, well, kind of like candy–at least they are to me, they may not be to you). I’ve also seen lists that say “organic fruit recommended” (but can all parents afford that? I know many in my community cannot).

So, what’s the answer? I think an important first step is considering whether a snack is even needed. In my son’s kindergarten class, children are asked to bring a small (nut-free) snack for themselves to eat during circle time.  Then they phase out the snack a few months into the school year. The older grades do not have snack time at all.

There must be a way to keep kids nourished without having sanctioned snack time at every event, including 2-hour preschool camps or an hour-long Sunday school class. It seems like snack time is often built in without much thought to whether kids will even be hungry at that moment. I understand that snack time is sometimes meant to build community, but with so many disagreements about what really are “healthy snacks” (and so many children with food allergies and intolerances), I think it makes sense to rethink snacks in many settings.

And yes, that includes sports. (Read “The End of Soccer Snacks?“)