Why You Should Cut Your Mother-in-Law a Break 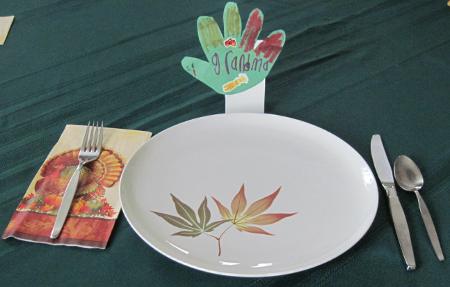 When hanging out with a group of fellow moms, there’s only so long you can go before someone starts complaining about their mother-in-law.

Don’t get me wrong. Sometimes there are legitimate grievances (“She told me I’m a bad parent and a terrible cook!”). But more often than not, the complaints feel a little thin (“Can you believe it? She bought my son ‘Pat the Bunny’ two years in a row!“).

Complaining about one’s mother-in-law has probably been going on as long as there have been mothers-in-law. It’s a timeworn sitcom device (remember Marie Barone, meddling MIL to long-suffering Debra on “Everybody Loves Raymond”?). It’s also a conversational crutch among moms. Everyone’s one-upping each other with mother-in-law stories and you might as well chime in with one too, right?

Grousing about grandmas tends to increase around the holidays. Maybe she gives your kids candy and too much whipped cream on their pie, maybe she offers them some kind of drink that contains high fructose corn syrup. She may fuss over your husband like he’s her baby (because, after all, he is). And she might say something that would make an awfully good MIL story for your next mom’s night out.

I know some of you may have serious family issues. I also know that if grandma is your regular babysitter, it’s totally reasonable to address things like candy consumption or whether you’re okay with your kids having soda. But I’m just asking you to consider whether the little gripes–the ‘Pat the Bunny’ gripes–are really worth griping about after all.

I am lucky. My mother-in-law is a first-rate grandma. Her eyes light up at the sight of my kids. She listens with rapt attention to Sam’s detailed retelling of “The Empire Strikes Back”. She’s the only one–besides my husband and my own mother–who would not only endure lengthy accounts of potty training but also actually seem interested.

And at some point, it also occurred to me: As the mother of two boys, it’s possible that I could someday have two daughters-in-law. And it’s very possible (read: guaranteed) that I will occasionally say and do the wrong things. I’m sure I’ll call my sons too frequently. I’ll ask too many questions when they buy their first house or change jobs. I’ll most likely make a passive-aggressive comment about my grandbaby not wearing a hat in this chilly weather. And there’s no question that I will dole out some kind of unsolicited feeding advice that will, by then, be considered antiquated. I’ll think I’m doing it because my heart is full of love and I mean well. But my daughter-in-law may not always see it that way.

When I do all of this, I really hope my she doesn’t pull away, taking my son and grandkids with her. I hope she doesn’t use my words against me when she’s having coffee with her mom friends and everyone starts dissing their mothers-in-law. I hope she cuts me a break. Because I swear, my future grandma self is only doing it because her heart is full of love. And she means well, she really does.