Why Are We Afraid Of Telling Parents What To Do? 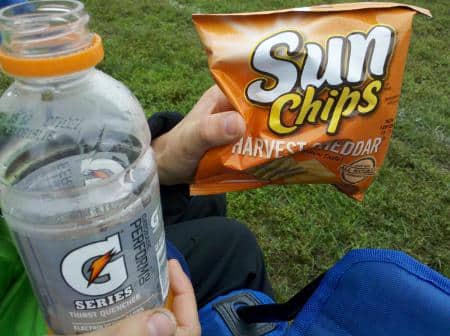 Lately I’ve gotten a lot of success stories from parents who have joined the ranks of “That Mom”. They’ve spoken up and changed the snack culture in their child’s class or sports team (read “Change the Snack Culture: 3 Steps to Take Now” and  “Be Bold. Take Action. Make Change.“).

But occasionally, I hear from frustrated parents too. On Monday, I got this message from a friend:

“My son’s soccer coach gave me the green light to email parents about the snacks. But after I sent out the snack letter, the coach felt I was dictating what parents can and can’t bring. He asked me send another email clarifying that I was only offering suggestions for healthy snacks.”

I don’t mean to point the finger at coaches. In case you were thinking about leaving an angry comment, please know that I think coaches are terrific. My sons have both had great ones–and I know they want what’s best for kids.

I’m not singling out coaches because this is a common reaction from a lot of different people (including teachers, principals, and preschool directors) to the idea of making rules around the food parents can bring to share with other children. Even though these policies aren’t dictating what parents can serve at home to their own child.

There are loads of other policies in place for keeping our kids safe and healthy when they’re at school and elsewhere–from the little stuff (like not being allowed to wear sandals to gym class and requiring shin guards for soccer practice) to the big stuff (you can’t bring a gun to school and you can’t smoke in or around the building). All of these rules are designed to protect our kids.

But for some reason, nutrition doesn’t seem to carry the same weight.

Even if everyone in the room agrees that an apple is better for a child than a bag of Doritos, people get nervous about saying it out loud–for fear of offending someone who gives their kid Doritos. Trust me when I say that my third grader has had Doritos and thinks they’re the bomb. And I’m not offended. Because guess what? An apple is better for him than Doritos. Fact.

It may not always be easy. Though a lot of parents will feel relief, a few parents may get offended. And angry. But why does that matter more than our kids’ health?

Change The Snack Culture: 3 Steps to Take Now
Next Post: Ambushed by Big Soda on the Soccer Field »