When Soccer Snacks Get Personal 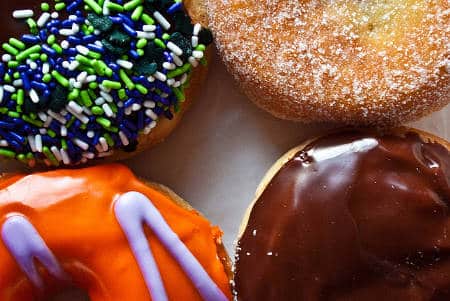 I’ve long known there are parents in my community who aren’t on board with my soccer snack mission. That’s okay. The response has been overwhelmingly positive from coaches and parents. And I know that in order to make change happen–to shift the culture and the thinking surrounding soccer snacks–there will be people who don’t agree, and there will be bumps in the road.

Recently, I felt a bump.

In a moment of exasperation after soccer, I posted a Facebook status update about some of the snacks I saw on the field. I was crabby, so the tone was snarkier than usual. And it offended a mom from my neighborhood who was at the field that day. She was angry and left a comment. I responded, and others chimed in. It could’ve ended there with some hard feelings.

Instead, this mom and I continued the conversation through private message, then she suggested we meet for coffee. So one morning after school drop-offs, we sat and talked about a lot of things. Of course, we talked about soccer snacks. I explained why the issue matters so much to me. She shared her views and reminded me that being positive is much more effective at changing people’s minds than being negative.

We also talked about the challenges we both feel in feeding our families, about second-guessing purchases at the grocery store, about times when getting through the day takes priority over whether the punch at the school party has too much sugar in it, and about our kids’ respective quirky eating habits.

I walked away feeling good, in a way that no Facebook exchange could ever make me feel. Online, it’s so easy to see things as black and white, to divide issues into “us” and “them”, to be offended by ALL CAPS or misread someone’s tone. But face to face, it’s easy to empathize with another mom and understand her perspective, even if you don’t see eye to eye on every detail.

I don’t want soccer snacks, like so many issues before it, to devolve into a battle of the so-called Mommy Wars, with Team Cupcake on one side and Team Orange Slice on the other. Because that ignores the nuances of people’s attitudes about parenting. All parents want their kids to eat healthy food, most parents are cool with occasional treats. So how do we meet somewhere in the middle? The best answer may be to simply eliminate soccer snacks altogether (read: “The End of Soccer Snacks?“).

But I’m guessing if we could all meet for coffee, we’d eventually figure it out.