You’ve probably heard the term “Mindful Eating”. It’s the practice of paying close attention to your hunger cues, savoring your food–and of course, stopping when you’re full, not when your plate is clean or the jumbo box of Cheez-Its is empty.

But sometimes mindful eating is hard. Sometimes it seems a little, well, impossible. Especially with kids. Kids don’t exactly pause to appreciate the aroma and texture of their mac-n-cheese, especially when they’re really, really hungry.

I’m a big fan of Dr. Brian Wansink, author of Mindless Eating. He does tricky stuff like giving moviegoers big tubs of stale popcorn to prove we’ll eat large portions of even bad-tasting food when given supersized containers. His point is that mindless eating is a fact of life–but that it’s possible to move from mindless overeating to mindlessly eating better.

Here’s how this can work with kids who don’t get enough fruits and vegetables: Think of the times when your kids are most prone to mindless eating. For Henry and Sam, it’s when they’re watching a show and asking for a snack, when we’re on a long car trip and they’ve already watched “Wall-E” (twice), and during the pre-dinner witching hour when they’re famished and thisclose to having a meltdown about it . Casually hand them a bowl of of sliced strawberries or a container of yellow pepper rings. And watch what happens.

Case in point: Tonight, my kids were sitting at the kitchen island while I made dinner, hungry and wound-up. Henry requested an “appetizer”. He thinks it’s some kind of bonus snack, but really it’s just my way of giving them the vegetable or fruit I’d planned on serving them at dinner anyway. I put a plate of carrot sticks and dip between them, and they tore through it–and then asked for more. 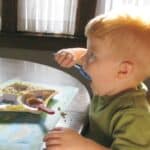 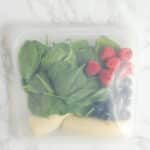 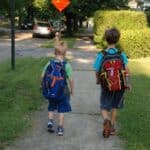 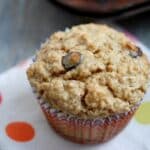