Vacation, All I Never Wanted 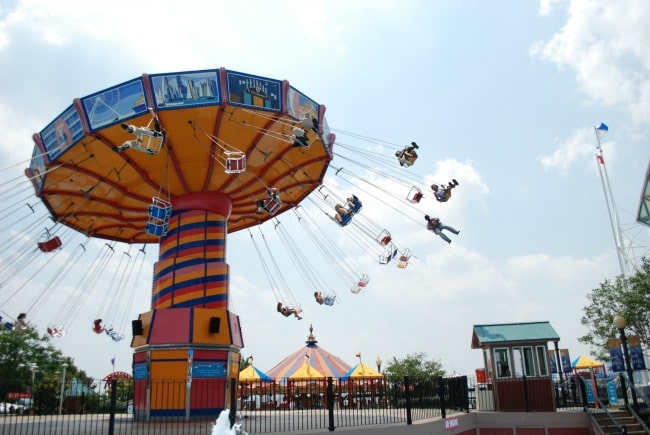 I loosen up a lot about food when we’re on vacation. There are quite a few things I don’t keep in the house (like hot dogs and Hawaiian Punch) that I don’t mind my kids having once in a while.

Ditto for visiting friends or relatives. I was once at a gathering where a mom brought her own stash of organic snacks, lest her children partake in the muffins the host was providing (which, after all, may have been laced with high fructose hydrogenated cyanide). Unless there’s a food allergy issue, I find that kind of stuff unnecessary.

But during our recent family trip to Chicago, Sam put my “Hey, it’s all cool” vacation attitude to the test. Little did I know that while Henry would eat plenty of healthy food along with all the junk, Sam would eat only the junk.

Some of the lowlights:

Friday: Lunch on the Road

After I reject a string of highway exits offering fast food, my husband announces we’re nearly out of gas and stops at the next exit. Our only food choice: Bob Evans. Both kids ask for fruit punch with their meals. While we’re waiting, Sam constructs a tower out of jelly packets, which somehow devolves into him eating spoonfuls of orange marmalade. When the meals and drinks come, he downs half of his fruit punch but won’t touch his food.

After a restless night in the hotel room, Sam is up at 5am. I take him to the hotel lobby and shell out $1.50  for what’s possibly the smallest banana ever grown. But when I peel it, I accidentally break it in half and Sam refuses to eat it. An hour later, at a nearby bagel shop, he has two spoonfuls of yogurt, a 6-ounce box of orange juice, and licks the cream cheese off of his bagel.

Saturday:  Lunch at the Museum of Science and Industry

The kids ask for hot dogs and lemonade at the food court, and I’m too tired to argue. I order them applesauce on the side and secretly water down the drinks. Sam has a couple bites of applesauce, licks the ketchup off one end of his hot dog, and drinks his lemonade.

All in all, Sam’s two-day food tally went something like this: One packet of orange marmalade, one bite of pizza, two bites of yogurt, three bites of applesauce, several licks of cream cheese, ketchup, and almond butter, multiple cookies, handfuls of Cheez-Its, one cherry Italian ice, and varying amounts of milk, fruit punch, apple juice, orange juice, and lemonade. The only saving grace is that he also ate several pieces of fruit I had packed in a cooler.

Believe me, there were plenty of things I said “no” to, like the ice cream man who stalked us at the playground an hour before dinner. But still, it’s a bleak tally.

In my defense, we were exhausted. And largely operating on survival mode. (Let me just say that the only thing worse than taking an uncooperative toddler to downtown Chicago for a weekend is knowing that the whole thing was your idea.)

Easy Homemade Macaroni & Cheese
Next Post: The Case for Oreos »