This week, a study from Ohio State about the “Freshman 15” got a lot of press. Namely because the researchers claim it doesn’t exist. 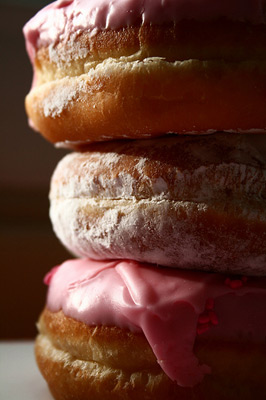 The “Freshman 15”, those extra pounds college students pack on their first year away from home, is actually more like the “Freshman 2.5 to 3.5”, according to the study. “There are lots of things to worry about when you go to college,” researcher Jay L. Zagorsky told the New York Times. “But gaining weight is not one of them. ”

Oh really? Dr. Zagorsky, meet Real Mom Nutrition circa 1991, who ended her Freshman year nearly 15 pounds heavier than the day she moved into her dorm room, who not only came home with a rather unfortunate perm but also an extra chin.

There are many things I wish someone had told me back then (besides “Pluck those eyebrows already” and “Those opaque white tights aren’t doing anything for your figure”).

So when my kids go off to college, I hope I will manage–in between weeping and clinging and “I wish I could always be with you” like the mom in Toy Story 3–to impart the following wisdom upon them:

How about you? Was the “Freshman 15” a myth–or reality–for you? 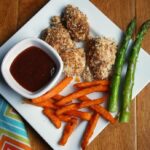