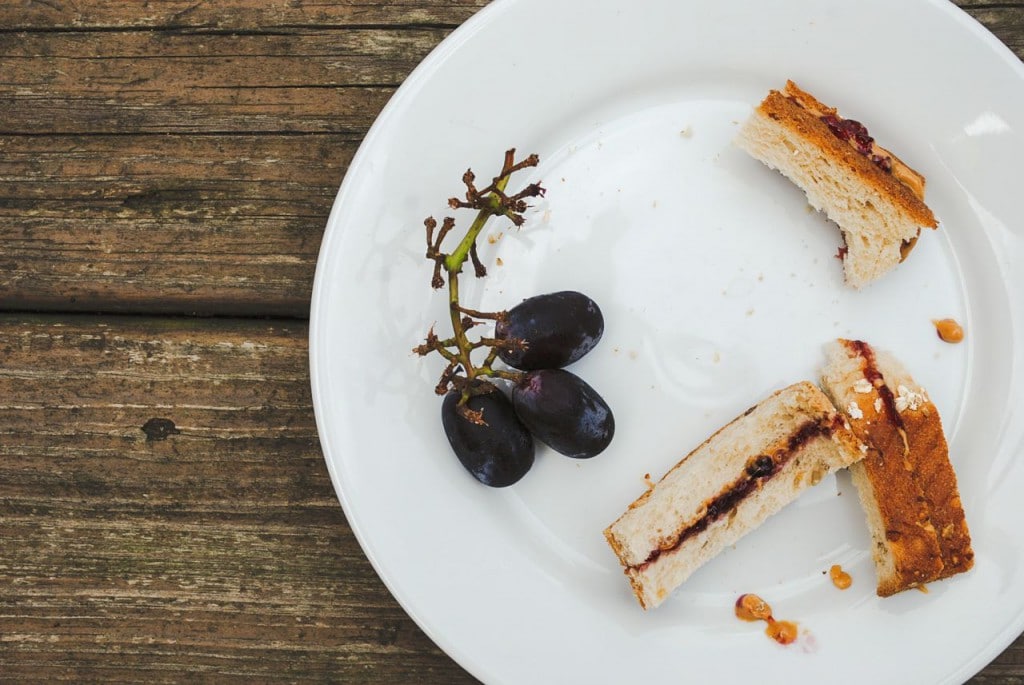 In my self-righteous, childless days, I had a very long list of things I said I’d never do once I had them: change a diaper on an airplane seat, let my toddler run screaming through Target—and definitely never eat my kids’ food scraps. Even those cute, young dads licking away the drips on their child’s ice cream cone kind of grossed me out.

But among the strange things that happen when you become a mom: You start picking up people’s discarded food. And eating it.

Why do we do this? Because it’s there? Because we still feel guilty about the starving children our own parents told us about? Because hours-old pizza crusts and handfuls of semi-stale Cheerios just taste really, really good?

Whatever the reason, it’s a bad, bad habit (my personal rock bottom occurred five years ago when I found myself absentmindedly nibbling a half-eaten Biter Biscuit). And if you’re still bemoaning your baby weight–and your baby’s halfway through pre-K–breaking it can make a big difference.

I recently worked with a woman who confessed to constantly picking off her kids’ plates. Using a tip I’d heard from dietitian extraordinaire Joy Bauer, I suggested she set aside all those food scraps she would normally eat during the day to see how much she was taking in.

So she put a bowl on her kitchen counter. Every time she was tempted to swipe a bite from her kids’ plates, she put it in the bowl instead. At the end of the day, she was so disgusted by the sorry-looking pile of bread crusts, Goldfish crackers, and half-eaten apple slices that she stopped the habit cold-turkey.

Oh, and over the course of a couple months, she also lost about 10 pounds.

Category: For MomsTag: weight loss
Previous Post:Do You Have A Feeding Strategy?
Next Post:Snacking Insanity