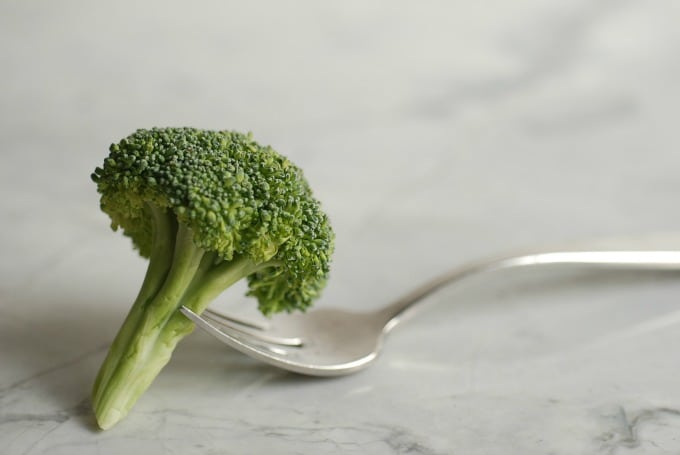 If you’ve read anything about picky eaters, you’ve read this: It can take up to twenty exposures to a new food before a child will try it—much less like it. But the unfortunate truth is that it may take even longer. And your child may never, ever like it.

I don’t mean to be a downer, but really: Think about all the foods it took you years to try (mine: asparagus, sweet potatoes, lentils) and the ones you never did work up the nerve to taste (mine: eggplant, canned green beans, raw fish, cooked cabbage—which, being Polish, is practically a felony).

As grown-ups, we allow ourselves to pass up these items on menus and politely decline them at a dinner party. So why are we sometimes so hard on our kids for having those same feelings about food?

I know how maddening it can be. It’s hard to accept that someone could hate a food you love so much (I’m the only one in my house who will eat salmon, one of my all-time favorites). I’ve done some coaxing-bordering-on-pleading at the dinner table. And I’m guilty of a few unseemly mealtime tactics, like dramatic post-bite performances (“Oh, that is soooo delicious!”) and false advertising (“But it tastes just like cake frosting!”).

Most dietitians (including myself) try to follow the philosophy of feeding expert Ellyn Satter, who developed the “Division of Responsibility in Feeding”. In a nutshell: As a mom, it’s your job to make a variety of healthy foods available to your kids. It’s your child’s job to decide whether she’s going to eat it—and if so, how much she’s going to eat. According to Satter, parents have to trust that their kids WILL eat, that they’ll eat the amount they NEED, and that they’ll (someday, eventually) learn to eat the foods their parents eat.

That means that you keep putting broccoli on the table—or if he doesn’t freak out, directly on your child’s plate. If he wants to eat it, that’s great. But if he doesn’t, that’s okay too. And if you know for a fact that he won’t take a bite of it, make sure there’s another similar, healthy option on the table (like carrots or salad) that he likes already. The trick is to be cool about it. Make a big fuss, and he’s liable to dig in his heels.

And there’s hope. I recently witnessed the “20 exposures” phenomenon for myself. My 18-month-old, Sam, has to take a very nasty liquid multivitamin (for any of you who have used Enfamil’s Poly-Vi-Sol, you know what I mean). The first few weeks I gave it to him, he cried at the first sight of the dropper. Now, months later, he’s frantically signing “more”—and crying when I put the dropper away.

Category: Picky EatingTag: picky eaters
Previous Post: « Why I Started This Blog
Next Post: Why I Hate Those “Body After Baby!” Celebrity Stories (And You Should Too)