On the Front Lines of Snack-tivism 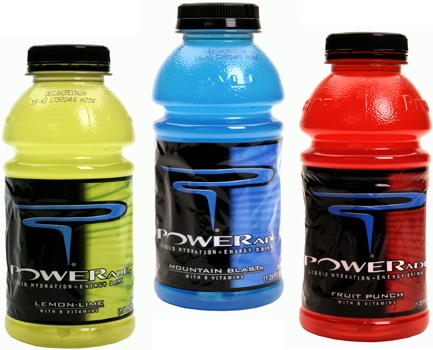 My son’s day camp at the local university had everything going for it: Flexible drop-off for working parents, after-care swim lessons, a full day of sports and activities that made bedtime blessedly early.

But alas: The snacks.

The first day, the campers were given Fruit Roll-Ups and Powerade. The next, it was Cinnamon Toast Crunch Cereal Bars and Powerade. Then cookies and Powerade. (To be fair, the kids were also offered bottled water, but that wasn’t what my child–and I’m sure many others–chose every day.)

So I called the camp office.

They said the snacks were “the healthiest options available from their vendor” and that the kids needed the calories and electrolytes in Powerade after so much exercise.

I said I’d prefer parents simply be asked to pack a snack for their child each day (what many camps already do). And that the American Academy of Pediatrics doesn’t actually think most children need sports drinks–that water is best and electrolytes can be replaced through food. I also suggested that they forgo bottled water and let the campers fill their reusable water bottles at the fountain to save money (and landfill space).

They admitted that other parents had called with the same concern. And they said they would consider using the remaining Powerade and not ordering more.

My next step is to write a follow-up letter to the camp director, reiterating my concerns and offering any help I can provide.

Why make a fuss? As I’ve said before, I don’t mind my child having this kind of stuff sometimes. But this is the snack that’s supposed to fuel them through an afternoon of flag football, swimming, and playing outdoors in the heat. And while my child only attended the camp for a week, some kids are there every weekday, all summer. That’s 225 teaspoons of added sugar from the Powerade alone.

If you run up against bad snacks,  don’t be afraid to be That Mom. My advice:

As parents, we can change the snack culture at our child’s school, camp, daycare, club, and sports team.

But we have to speak up.