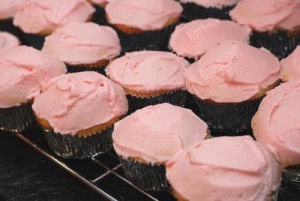 What is with these parents?

That’s what I keep coming back to, in my fight to bring healthier snacks to the sidelines of my community’s soccer and t-ball fields. Why are so many moms and dads not only disinterested in discussing a change in policy but also downright angry about it? Angry like I’m taking away one of their basic rights (the right to bear Ritz Bits). Angry like I’m threatening to come into their houses and take away all of their potato chips forever.

The parents on my son’s teams have been wonderful (and not for nothing, but the kids have been delighted with the fruit).

But the push-back I’m hearing about from parents on other teams–and the stories I hear from so many of you–have shocked me: Mom who suggest healthy snacks and are ostracized by the other parents, who receive nasty emails telling them to lighten up.

Why is this issue so divisive?

Vicki chronicles the hilarious madness (including moms going rogue) that ensued. And at the end of the piece, she beautifully sums up her own uneasiness with the no-cupcake mandate:

This new food policy messed with my image of the parent I wanted to be. It took away one of the opportunities I had to ensure that in 33 or so years, my kid might look back and think that I wasn’t just a hag who screamed at her every 13 seconds to brush her teeth and find her shoes and practice her spelling words and stop hitting her sister, which is how I spend 99 percent of my time. Or at least it feels that way.

Sending in birthday treats, or banana bread for the Friendship Feast, made me feel like a good mom. Maybe just for that day. And when Blair opened her shoebox, those cookies said, “See, kid, you are special to me. See, I’m not so bad after all. See, we baked these together and painted them with icing made from egg whites, which will probably send three of your classmates into anaphylactic shock, but … well … see?”

Something clicked for me when I read Vicki’s words because it just might explain why reactions to the issue of sports snacks have frequently become so emotional, instead of rational: Because, as Vicki says, these policies interfere with the moms we imagined we’d be. And those moms brought cupcakes (or donuts or cookies or Capri Suns) that we thought made our kids feel loved. Maybe because our own mothers did the same thing for us.  Or maybe because they didn’t.

Another “Aha!” from Vicki’s piece (which generated its own share of angry comments online, like this zinger: “Must be nice to get paid for spreading your IGNORANCE.”) was that we really, really need to keep hate and unkindness out of this debate.

If you liked Vicki’s piece and want another absorbing read, check out her book The Second Nine Month: One Woman Tells the Real Truth About Becoming a Mom. Finally. You will laugh, cry, relate–and be thankful that someone else felt exactly the same way you did.