Know Your Number & Eat Out Smarter (Plus Big Changes For Menus!) 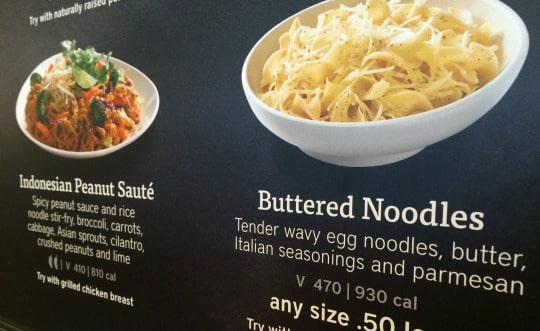 I don’t count calories. Though I know calorie-tracking apps are hugely helpful for some people, I tend to veer down an unhealthy path of food fixation when I use them.

That’s roughly the number of calories I need daily to maintain my weight. Because I’m a woman, just over five feet tall, and not exactly 25 years old or as active as I’d like to be, that number is lower than the general 2,000 calorie guideline listed on food labels. Which is good to know, because if I ate 2,000 calories a day–even if it was “clean”, high-quality food–I would probably gain weight. I know this because it has happened to me. (Read: Too Much of a Good Thing: Why Calories Still Count.)

I don’t think too much about my number, but knowing it helps put things into perspective–like calories in restaurant food. I’m thrilled about the new FDA rules that will put calorie counts on menu boards and menus by December 2015. The new rules cover restaurants and food establishments with 20 or more locations, including popcorn at movie theaters, take-out pizza, and baked goods at coffee shops.

Thanks in part to mega-sized portions, restaurant food is notoriously higher in calories than what you’d cook at home. So high that most people grossly underestimate the calories in their order (because who would assume that a plate of seemingly harmless pasta could pack more than 1,000 of them?).

Because some chains have started posting this information, it’s already making a difference for me. Out to lunch recently at Noodles & Company with my six year old, I was about to order the regular Pad Thai. Until I saw the posted info: 800 calories was half my day! I opted for the small size instead, and guess what? I was totally satisfied.

Looking at posted calories is a good way to learn that the Egg & Cheese on Ciabatta at Panera has fewer calories than a basic bagel with cream cheese. And that a Starbucks Grande Eggnog Latte is the calorie equivalent of a slice of Iced Lemon Pound Cake.

Considering that Americans eat one-third of their calories away from home and that two out of three Americans are overweight or obese, posting calories on menus and menu boards has the potential to be hugely helpful. Not everyone will use this information–but some people will. And even if you don’t frequent any chain restaurants (and prefer to BYOP–bring your own popcorn–when you go to the movies), most of us can probably agree that giving consumers more information about what they’re eating is a good thing.

Want to find out YOUR number? Use this equation from the Mayo Clinic.

What are your thoughts about restaurants posting calories on menus? Will you use this information?

Naturally Colored Frosting
Next Post:My 10 Most Popular Posts of 2014