Why I Don’t Stress Out About Salt 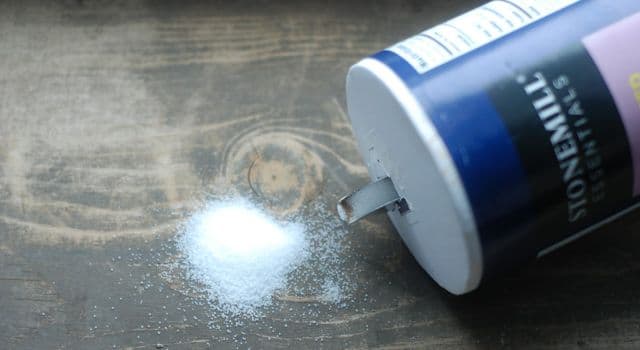 I love salt. I lick it from my fingers after eating popcorn and regularly make a second pass around an ear of corn with the shaker. Apparently this penchant runs in the family, since my dad salts both watermelon and pizza. (Thankfully, we both have stellar blood pressure.)

In my profession as a dietitian, my love affair with salt definitely goes against the grain. We’re supposed to tell people to go easy on it–and do the same ourselves. But after researching and writing a story for Fitness magazine recently about sodium, I don’t feel as guilty.

In the story, called Salt Shake-Up, I interviewed researchers and health professionals to answer this question: Do healthy women who eat a nutritious diet and stay active need to fret about sodium? The answer: Probably not. That’s because if you’re eating mostly whole foods, your sodium intake is likely within a healthy range anyway–and playing the “how low can you go” game doesn’t really make sense.

In fact, active women can even see a drop in performance and an increase in fatigue if they cut way back on salt, since sodium helps your body maintain fluid balance (hello, hydration!). Simply adding salt to already healthy foods–like sprinkling it on a baked potato or veggies and salting your pasta water–can help you get the amount you need. If you’re active, exercising naturally helps keep your blood pressure in check as well.

For most Americans, roughly three-quarters of their sodium intake comes from packaged, processed, and restaurant foods. Many of those foods are not only sky-high in sodium, they also tend to be loaded with added sugar, artificial flavors and colors, and even trans fats. Only about ten percent of sodium intake actually comes from the salt shaker itself, and the rest is found naturally in foods such as milk, meat, and eggs. So reducing the amount of packaged and restaurant food you eat is the first place to focus–not hiding the salt shaker.

I don’t eat canned soup, frozen dinners, or fast food. I don’t cook ramen noodles for dinner (anymore). I make most of our meals from scratch. So I’m not going to sweat about salting roasted broccoli. Because guess what? That salt makes the roasted broccoli taste even better–which means we’ll all eat bigger portions of it.

I’m not advocating you go hog wild on salt–and certainly some people (especially those with borderline-high or high blood pressure) need to be mindful of sodium. Though my blood pressure is low now, I know it naturally tends to increase with age, so I’ll keep tabs on it. I’ll also keep focusing on eating lots of produce and fresh foods and staying active.

But I won’t shun the salt shaker.