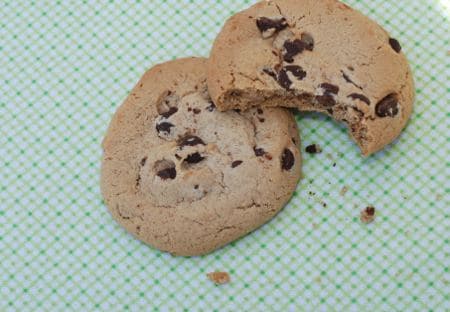 I practically stood up at my desk and cheered when I read a piece by Caron Gremont yesterday on The Huffington Post about camp snacks. She writes:

We send our children to camp and trust that the counselors and lifeguards will keep them safe, from the pool to the buses used for field trips. Shouldn’t a camp also have an obligation to keep our children safe at the snack table?

Amen to that! When Gremont expressed dismay to the camp director about the cookies, cheese curls, and popsicles her daughter was going be served for a snack everyday, she was told her daughter could bring different snacks–but that she’d have to keep them with the nurse and go fetch them every day. Like they were medicine. And she was sick. Huh? (Read Gremont’s post “Obesity if Officially a Disease, So Why Was My Daughter Diagnosed as a ‘Healthy Eater‘”.)

I had my own camp snack disenchantment last summer: Fruit Roll-Ups, Cinnamon Toast Crunch bars, and Powerade. Every day. Did I think these foods were poison to my child? No. (Read “Fear & Loathing on Facebook“.) But did I think it was right for kids to be served a snack that wouldn’t provide anything beyond a pile of refined flour and sugar? No. A cereal bar and small bottle of sports drink contain more sugar than the American Heart Association says adults should get in a whole day.

When I called the camp office and spoke to the director, she said a few other parents had similar feedback. She promised to take it into consideration (read: “On the Front Lines of Snack-tivism“).

And guess what? They did. When I signed up my son for two weeks of camp this year, I saw this notice in the parent newsletter:

“Due to limited healthy snack options from suppliers, Camp will not provide a daily snack for the campers. Please pack a snack for your camper(s) which will be eaten during the snack time during all afternoon camps. On Fridays, Camp will provide campers with a treat for snack time. Snacks will include Goldfish, crackers, and Fruit Rollups.”

I was stunned. A few parents really had brought about very big and very real change.

And I relieved. No more Powerade. No accounting for all that sugar in the rest of the day. The Friday “treat”? Didn’t bother me. It was one day out of the week, not five.

I phoned the camp director. I told her I was one of the parents who called last summer about the snacks. I thanked her for the policy and for taking the concerns seriously–and said I appreciated that they’d gotten rid of the sports drinks completely (even on “treat” Fridays).

But I wanted to know: Besides hearing from a handful of parents, what led them to the change in policy?

She told me that they thought the complaints were valid. She said they tried to get fresh fruit, but that it wasn’t available from their vendor–and even if they could get it, they didn’t have the means to properly store it (storing cases of fresh fruit is certainly more challenging than storing cases of shelf-stable Goldfish packages).

And here’s the kicker: They haven’t had any complaints from parents about the new policy, except one parent noting “That’s too bad, the kids really liked those snacks last year”. I asked how the campers were dealing with it. She admitted they miss the Powerade but that everyone eats something at snack time, either a packed snack or leftovers from their packed lunch. They bring their own reusable water bottles every day and fill them up at  the fountains.

But still, I was bothered by something. Though the families at this camp can afford to buy and pack an afternoon snack, what about camps that serve families who can’t and who depend on a camp-supplied afternoon snack? They wouldn’t be able to adopt such a policy. While having parents send their own snacks works in this case, it won’t work everywhere.

If only healthy food was the norm, if we had policies and systems in place for it–instead of needing special circumstances and arrangements to accommodate it–it wouldn’t have to be an exception. It would be easy. Parents would expect it and kids would too. And sugary “treats” could stay “treats” instead of being confused as “snacks”.

I’d cheer for that.