Ambushed by Big Soda on the Soccer Field 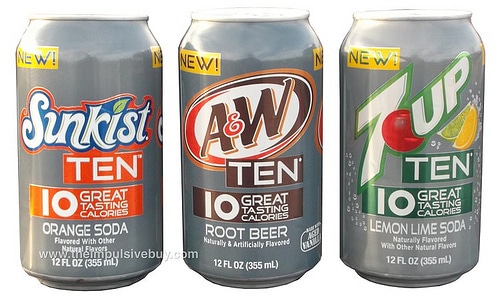 Something happened on the soccer fields last weekend that made cupcakes seem tame by comparison: A rep from 7 Up worked the crowd, offering free diet soda to parents and kids.

When I found out about this through some friends–and confirmed it with a call to our rec center–I felt my blood pressure rise about 50 points.

What’s the big deal? After all, it was diet soda, not regular. And parents and kids could simply say no if they didn’t want it.

It’s a big deal because it was wrong. Because the soda industry is smart and dangerous and knows where to find kids. Because there’s a predatory nature to their marketing  that gives me the creeps.  Their goal is to make a connection with people and establish brand loyalty–the earlier (and younger) the better.

If you think I’m being dramatic, consider the words from former Coca-Cola  exec Todd Putman, who revealed last year that they specifically targeted children in their marketing:

“…Magically, when they would turn 12, we’d suddenly attack them like a bunch of wolves. I would say 90 percent of all soft drink marketing is targeted at 12- to 24-year-olds. . . .It was how we spent all of our time…It represented a lifetime of opportunity.”

And this warning, from the Yale Rudd Center for Food Policy and Obesity:

The fact that is was diet soda on our soccer fields makes it worse to me. The soda companies are currently using low-calorie drinks in a campaign to distract from soda’s probable link to overweight, obesity, and diseases like diabetes. They hold up these beverages as proof that they care about our health–and to reassure us that we don’t have to stop drinking soda if we want to be healthy.

But in reality, diet soda is linked to conditions such as metabolic syndrome and cardiovascular disease. See the real truth about what soda is doing to health in this video here from the Center for Science in the Public Interest and this parody of a Coke commercial here.

In his defense, the man in charge of our soccer league didn’t actually know about the soda incident until after the fact. I was told that 7-Up (or likely Pepsico) has a city-wide contract to provide vending, so it’s possible that giveaways like this one are just part of the deal. I shared my concerns with him, and he said he understood. I hope he thinks of those concerns if he has the choice to refuse these giveaways in the future.

Soda companies claim they don’t market to very young kids. So why did Pepsico come to our soccer fields on a Saturday morning, where the average age of the players is roughly seven? And does this kind of insidious marketing–an attempt to hook young people onto something that’s bad for their health–remind you of anything else?

It’s no wonder health activists are calling the soft drink industry Big Soda. Because they seem an awful lot like Big Tobacco. And we certainly wouldn’t allow them on the Saturday morning soccer fields, would we?